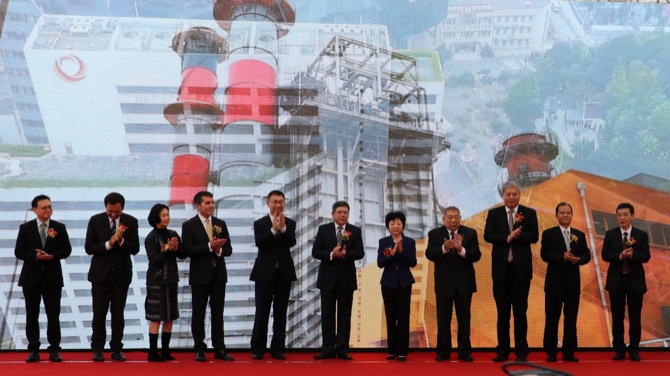 The announcement was made during the ceremony held yesterday to celebrate the 40th Anniversary of the power station, initially inaugurated on November 28, 1978.

On the sidelines of the event, the vice chairman of the Board of Directors of CEM, João Marques da Cruz told the media that with this project, the company does not necessarily aim to raise the capacity of the local production of energy but, instead, to replace old technologies with new ones, allowing the company to produce electric power in a cleaner way.

“In reality, our goal is not to raise the [energy production] capacity, but, instead, to replace [production] capacity. Our capacity is clearly defined [by] the concession contract that ends in 2025 and so, [this capacity] has been set to approximately 450 Megawatts. But from the current capacity, a part of it is quite old and uses technologies that are not the most modern ones, with pollution levels reasonably high,” da Cruz said. “What we are going to do is to replace that capacity that is more pollutant to one of combined cycle using natural gas, which has an average reduction in pollutants of about 50 percent.”

According to the same official, this technology, to be applied to the expansion of the Coloane Power Station, is “the cleanest [energy product] that exists currently worldwide.”

The official also remarked that although when in full operation the new power station could raise the local capacity of energy production in emergency cases, the company is not seeking an alternative to the import of energy from mainland China, which should always, under normal circumstances, represent about 70 percent of all the energy consumed in Macau.

The project, which is expected to enter into operation in about three years’ time, represents a forecasted investment from the company of between MOP2.7 to 3 billion.

“We expect that in four months’ time we can have a selection of the equipment. We are already working on this and organizing a tender,” da Cruz said, adding that the project comes from an old idea that was built upon two years ago and that it is also directly related to the development of Cotai, where the major integrated resorts that transformed the landscape are located. This precinct brought the power station closer to the people to the tourism area, which was not the case 40 years ago, when the venue was almost completely isolated.

Previously, in the opening speech, the Chairman of the Board of Directors of CEM, Fu Jianguo highlighted the over 10-fold growth in energy production capacity by the Coloane Power Station over the past 40 years, noting that such a facility has “ensured the rapid economic and social development of Macau, and its success is attributable to the joint efforts by all.”

The official from the company also characterized the effort and scope of the expansion project as a way of aligning with the government plans of “building a greener and smarter city.”

Fu noted also that together with the potential increase by 50 percent of all energy production capacity in emergency cases, the company has been working together with mainland authorities to create a new interconnection with China Southern Power Grid, which will “significantly improve the overall power supply stability in Macau.”

CEM confident in concession renewal in 2025

CEM is confident that it will see its concession of power supply to the region renewed for another 15 years in 2025, when the current concession period expires, the Vice Chairman of the Board of Directors of CEM, João Marques da Cruz, told the media on the sidelines of the kick-off ceremony for the expansion project of the Coloane Power Station. “In 2025 one [of] two things can happen: Either CEM continues to have the concession, which is what we expect, wish and will work for, as also happened just recently in Hong Kong. We don’t see a reason for that not to happen, but theoretically it is possible that the concession [to CEM] would end and, in that case, all the active assets of the concession would be transferred to the new concessionaire, which would not affect in any way the [expansion] project,” the company’s senior official noted, expressing confidence in a concession contract renewal.

Electrocuted dog was an ‘isolated’ incident 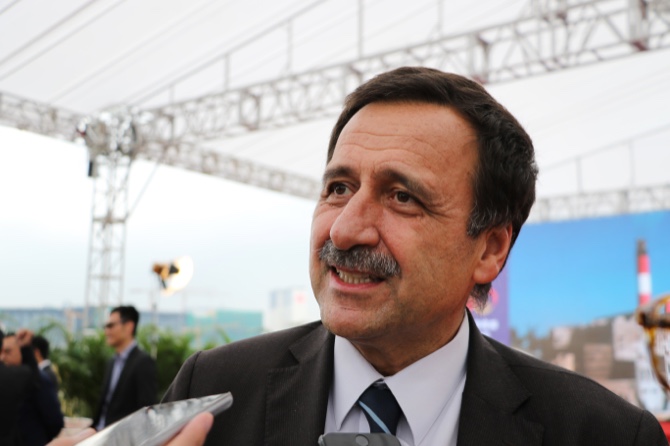 Both the Companhia de Electricidade de Macau, SA (CEM) and the Secretary for Transport and Public Works, Raimundo do Rosário have attributed the responsibility for the incident on Sunday evening, in which a dog died after an electric discharge by a street lamp pole located in the surroundings of D. Pedro V Theatre, to misfortune and an accidental isolated situation.

“What happened was an accident and accidents unfortunately happen. CEM is already taking care of the situation and certainly [will] continue to investigate the case,” Rosário said, when questioned by the media on the case.

Questioned on the same topic, the vice chairman of the Board of Directors of CEM, João Marques da Cruz, said, “We [continuously] perform reviews of the network but it is obvious that electricity has some risks […] but the level of incidents in our network is very low when compared to all international standards and pointers.”

The same official also noted, “In fact, these incidents can happen with any living creature that becomes electrocuted. It happened with this animal and it’s obviously regrettable and unfortunate but still we should not take [this isolated case] to conclude that our network is unsafe.”

The responsible official also clarified that, at the moment, the ongoing investigation process to discover what equipment failed and why is being performed by CEM with the purpose of ascertaining the technical flaws and understanding of what failed, as well as whether the case is really isolated or whether further action is required.