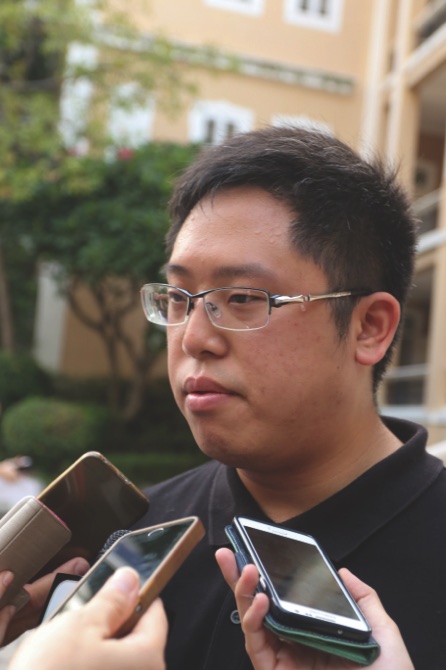 Project Just Macau will launch a new website tomorrow titled “What did they say?” to provide the public with a convenient way to access electoral candidates’ past social media posts, so they can evaluate political figures’ records before casting ballots in the September 17 Legislative Assembly election.

According to the activist, the upcoming website will address the “weak and incomplete search functionality, probably deliberately [created]” by Facebook.

Thus far, the website has aggregated all public Facebook posts published by the first candidates. Only posts that were published or updated on or before September 2 will be available for search.

Election materials classified as “campaign information” will not be present in the dataset.

“Project Just Macau endeavors to collect all open information that Facebook makes it available for programmatic retrieval,” said the activist.

“It’s worthwhile to give the citizens the chance to understand the speeches of the candidates in order to make better decisions in the elections,” he told the Times.

The website will not include candidates who do not have social media accounts. Chao said that the website took three weeks to launch, and has acquired information that candidates may have removed from their social media platforms.

“This will help local citizens to know [whether] their words [match] their actions,” he said.

By leveraging big data technologies, Project Just Macau has also studied the use of social media by political figures – including some candidates – in the aftermath of Typhoon Hato.

The group analyzed a controversial post by an unnamed incumbent legislator about the necessity of soliciting the Macau Garrison’s assistance.

Chao concluded from “reactions” to the lawmaker’s post that the available online data does not support the popular speculation that the controversial post would significantly impact the chance of the lawmaker keeping or losing his seat.

Recalling the government’s partnership with tech giant Alibaba, Chao noted that residents still do not understand the power of big data.

“Citizens have not yet realized [the] power of dictatorship in Macau. This is a chance for citizens to understand the power of big data,” he said.

“The fact that the Legislative Assembly Electoral Affairs Commission [CAEAL] has stepped up in pursuing election complaints this year is making the role of Project JustMacau.net, in monitoring the authorities’ handling of complaints, much less significant than initially expected,” he concluded. LV