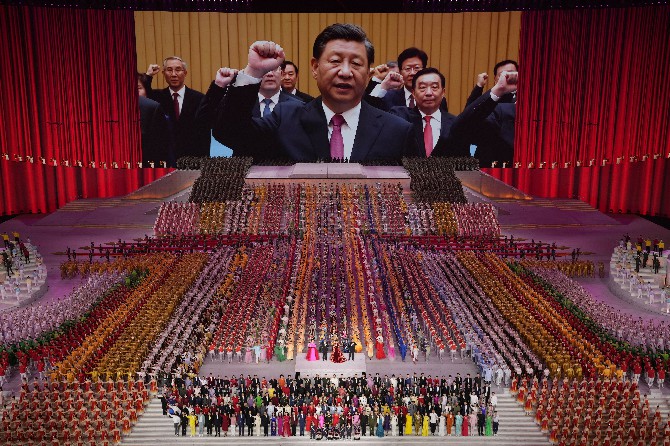 President Xi Jinping is seen leading other top officials pledging their vows to the party on screen during a gala show ahead of the 100th anniversary of the founding of the Chinese Communist Party in Beijing, in late July