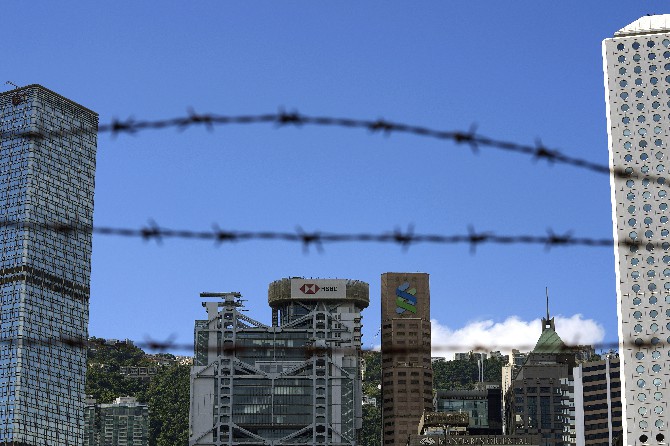 Banks in Hong Kong, Macau and Guangdong province are preparing to launch regional investment products soon.
The investment options, dubbed the Wealth Management Connect program, are part of a plan to allow residents to invest privately between cities in the Greater Bay Area, which encompasses those areas.
The Greater Bay Area plan is part of a broader move to integrate the Chinese mainland more closely with Hong Kong and Macau. It will have a quota of 300 billion yuan ($47 billion) in combined fund flows.
Chief Executive Ho Iat Seng announced on Friday that the Macau SAR government will maintain sound communication and cooperation with supervisory bodies in the mainland and Hong Kong, to ensure effective operation of the Wealth Management Connect pilot scheme in the Greater Bay Area.
The scheme is a policy breakthrough to facilitate individuals in the Greater Bay Area making cross-boundary investment, and an important move and innovative arrangement for promoting mutual access between the financial markets in the area, Ho said at a virtual ceremony launching the scheme.
The scheme is expected to allow Hong Kong and Macau’s investors to invest in the mainland markets, and vice versa.
Individuals can invest up to 1 million yuan ($155,000) each in the scheme, which was first announced by China’s central bank on Thursday.
The Greater Bay Region has a population of over 70 million and a gross domestic product of nearly $1.7 billion, comparable to South Korea’s economy.
According to Ho, the local government will make good use of the advantages of ‘One country, two systems,’ to fulfil Macau’s unique role, put in place the central authorities’ major preferential policies for the city, and consolidate and enhance the competitiveness of Macau’s financial market.
According to the Monetary Authority of Macao, supervisory bodies in the mainland, the Macau SAR and the Hong Kong SAR have established mechanisms for coordinating their work and communication to ensure smooth operation of the pilot scheme.
“Realistically speaking, we’re expecting banks to launch their products under the wealth management connect scheme in a month or two,” Edmond Lau, deputy chief executive of the Hong Kong Monetary Authority said in a news conference Friday.
The announcement comes days after Beijing announced plans to include Qianhai, a special co-operation zone in Guangdong’s Shenzhen, and Hengqin, an island in the southern city of Zhuhai, as part of the Greater Bay Area’s long-term development.
The Chinese government launched the Greater Bay Area development plan in 2017, aiming to create a global economic, innovation and technology hub. MDT/Agencies