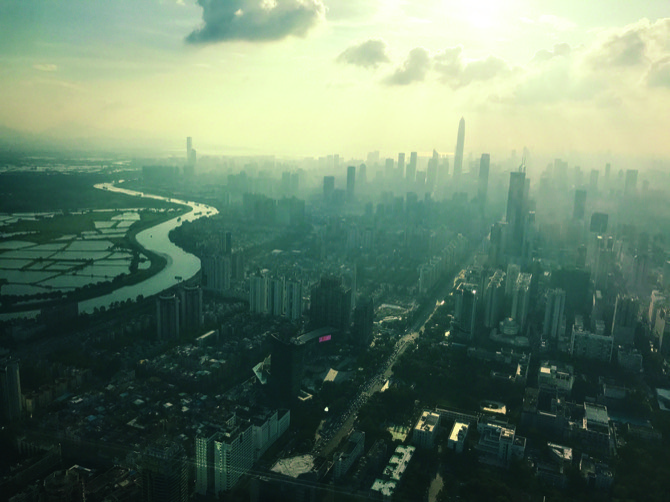 As the China-U.S. trade dispute continues to deepen, polarized opinions have emerged concerning its impact on the economies of Guangdong and Macau.

There is an undeniable fact that many foreign-invested companies have shifted their investment to other Asian countries.

The American Chamber of Commerce in South China, which is mainly focused on Guangdong but has some members in Fujian and Hunan provinces, has published its 2019 Special Report on the State of Business in South China. The AmCham conducted its 13th annual study of companies with established operations in China through simple random sampling. Some 256 companies participated in the study, and questionnaires from 240 companies were finally analyzed.

As the research was conducted shortly after the U.S. and China announced a temporary 90-day ceasefire to deescalate trade tensions, the research is said to shed light on the influence of the trade dispute on businesses in southern China.

Contacted by the Times, Joe Rocha III, the Governor of AmCham South China, commented, “I think we have already seen a lot of the shift, and this happened prior to the trade dispute.”

As explained by Rocha, the reinvestment has shifted to Asian countries such as Vietnam and Indonesia, while some companies have been able to relocate to the U.S.

According to the AmCham survey, 17 percent of respondents favored Vietnam and Thailand when the companies considered moving some or all of their production lines away from China.

While the vast majority of companies – some 63 percent – believe that the U.S.-China trade dispute is likely to escalate in 2019, about one-quarter of the respondents hold the opposite view. American companies are also said to be more optimistic on bilateral relations than their counterparts from other countries.

“We have seen that 82 percent of businesses are going to increase [their] investment amount [into] China this year,” Rocha told the Times, adding that in regards to the impact of the trade dispute in southern China, companies “are hopeful for further negotiation.”

Naming some of the big U.S. players in southern China, Rocha referenced Procter & Gamble and Mead Johnson, which are both headquartered in Guangzhou.

“The [report’s] findings were that American companies continue to be hurt as a result of the combined tariff,” Rocha told the Times. “Thirty-three percent of the Chinese companies, and 22 percent of companies from other countries also report being hurt by the tariff.”

Some commentators worry that the dispute, which is impacting the views of business leaders on the mainland, will negatively influence Macau’s economy because of its heavy reliance on external economic environments.

Others are more optimistic, arguing that Macau’s gaming industry will likely be unaffected by the trade dispute.

Peng Chun Vong, Director of the University of Macau’s Business Research and Training Center, told the Times that “there will be some impact to the gaming industry, but not that much.”

According to Vong, Macau’s economy involves a large number of trade activities, and even if the trade dispute harms Guangdong’s economy, the influence on Macau will still remain small.

According to Han, cooperation in technology and innovation between the mainland, Hong Kong and Macau ought to be promoted. A series of measures would be adopted to facilitate customs clearance of personnel and goods in the Greater Bay Area, as well as the exit and entry of samples for scientific research, laboratory reagents and genetic resources, he said.

Aside from Shenzhen, the Greater Bay’s established tech center, Zhuhai has also been advertising its Hengqin district as a new technology and innovation center.

Commenting on the impact of the trade dispute on Guangdong’s technology industry, Rocha said that China “still has a long way to go.”
“I think that, in terms of technology, we have seen a lot of investment from the Chinese government’s standpoint. As for investment in AI [Artificial Intelligence] and [other] high tech, the results – if you have seen the return and investment and performance of some of these companies – still has a long way to go.”

“If you see some of the big high-tech companies, a lot of them are still largely dependent on foreign technology,” added Rocha.

“As the trade dispute between the two countries has continued for quite a long time, more companies expect that its impact will last longer than in our previous study,” the AmCham survey says.