China was biggest jailer of journalists in 2019, group says 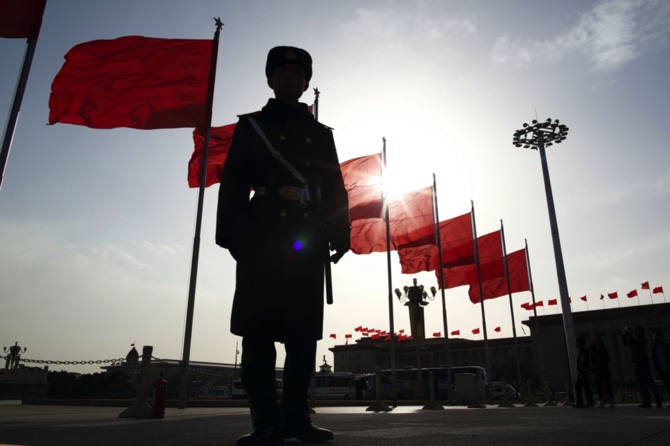 China surpassed Turkey to become the biggest jailer of journalists in the world this year, according to a press watchdog group, as Chinese President Xi Jinping steps up efforts to control the media

China was holding at least 48 journalists for reasons related to their work, one more than in 2018, the Committee to Protect Journalists said in a report. The group’s database shows seven of those were arrested this year, including Australian writer Yang Hengjun, and that China has “tightened its iron grip on the press.”

Chinese foreign ministry spokeswoman Hua Chunying told a news briefing Wednesday that she couldn’t confirm the number of detained journalists, but said that “no one is above the law,” whether they are reporters or civil servants.

Turkey’s jailing of 47 journalists put it second on the group’s list. Protests in the Middle East also led to a rise in the number of journalists being locked up in that region, particularly in Saudi Arabia and Egypt. The CPJ said that 98% of jailed journalists around the world were “locals covering their own country,” and that politics, human rights and corruption coverage was most likely to get reporters in trouble.

At least 250 journalists were incarcerated for their work around the world this year, down slightly from 255 last year, according to the committee’s annual global survey. After China, Turkey, Saudi Arabia and Egypt, the biggest jailers are Eritrea, Vietnam and Iran.

The number of journalists charged with reporting “false news” rose to 30 from 28 last year, with Egypt leading the way under President Abdel-Fattah El-Sisi. That was compared to one journalist jailed for the charge of fake news in 2012, when press freedom group started tracking the trend. Countries including Russia and Singapore have enacted laws criminalizing the publication of “fake news” in the past year, according to the report.

It was the first time in four years that Turkey wasn’t the world’s top journalist-jailer, although the reduction in the number of prisoners under President Recep Tayyip Erdogan doesn’t signal an improved situation for the press, the group said.

In China, the world’s most populous country, the report cited the recent case of Sophia Huang Xueqin, a freelancer who had been an investigative journalist for Chinese media. She was detained in October after writing about marching with pro-democracy protesters in Hong Kong on her blog.

The charges against her include “picking quarrels and provoking trouble,” a common allegation against critics of the ruling Communist Party, the report said.

Dozens more have been arrested in relation to a crackdown in China’s western region of Xinjiang, including Ilham Tohti, according to the committee. Tohti is an economist serving a life sentence on separatism charges, and was awarded the Sakharov Prize for Freedom of Thought by the European Parliament earlier this year.

Hua, the foreign ministry spokeswoman, didn’t address the condition of local reporters in her response to questions about the report.