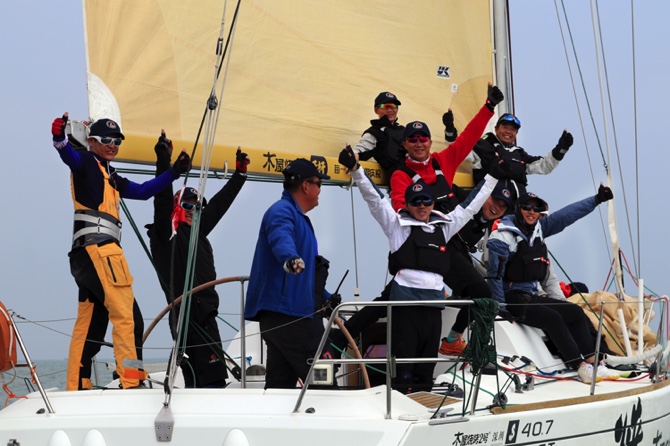 Showing an excellent performance in the eight races held over four days, Muwu BBQ led the competition, winning five out of the eight races and coming in second, third, and fourth in the remaining three races.

Led by skipper Zhang Liguo, their dominant performance made the Chinese team an overall winner of the local regatta event, which ended yesterday after four days of intense competition. 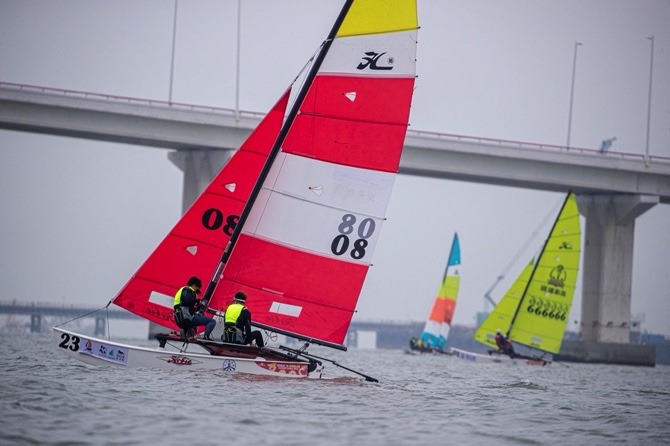 The Italia Yachts Sailing Team came in third overall after winning two of the eight races. They placed lower overall due to a fifth place and two fourth-place finishes.

The only Macau representative to this category – WanBooFish Sailing Team – finished sixth out of 10 competitors, as they retired from a race on the second day, resulting in the team to score the maximum handicaps points. Otherwise, the final result could have been even better.

While the Sanya team completely dominated the Catamaran category, without a chance of losing the trophy, the IRC group was the most challenging of all categories. Shenzhen’s Hua Yun won by just two points over second-place Shanghai Senior Sailors.

During the 12 races over the four-day competition, the two teams alternated between coming in first and second or second and third. Both teams competed for the trophy in Beneteau’s First 40.7 boats.

The best qualified team racing in a non-Beneteau First 40.7 boat was the Guangzhou Nansha Sailing Team, who placed fourth overall in a Dufour 500 boat.

Macau representatives, FMA Marine Linglang Sailing, placed sixth overall in the IRC group, while the “Vidrinhos” finished 10th out of 13 competitors in the Catamaran group.