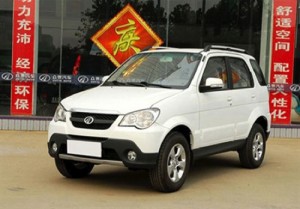 Chinese automaker Zotye Auto is due to start selling its vehicles in the Brazilian market in January 2015 with two models – Logic and Hunter – with sales prices of USD11,500 and $20,630, respectively, Brazilian magazine Auto Esporte reported.
The company, which invested $25 million to enter the Brazilian market, has plans to start assembling vehicles in Brazil by 2017, by building a factory in the state of Espírito Santo and expand its sales network to 120 stores.
According to the president of Zotye in Brazil, Cadu Barbosa, the company plans to start selling four other models in the country, including the Z300 and T600, which should be on sale from October 2015.
Barbosa also said that at this initial stage and by 2016 it expected to sell 700 units of the Logic model and 500 units of the Hunter.
Chinese car manufacturers started selling their products in Brazil in 2009, where Chery Automobile, JAC Motors and Geely are already present. MDT/Macauhub