Chinese trade delegation called off farm visits at US request 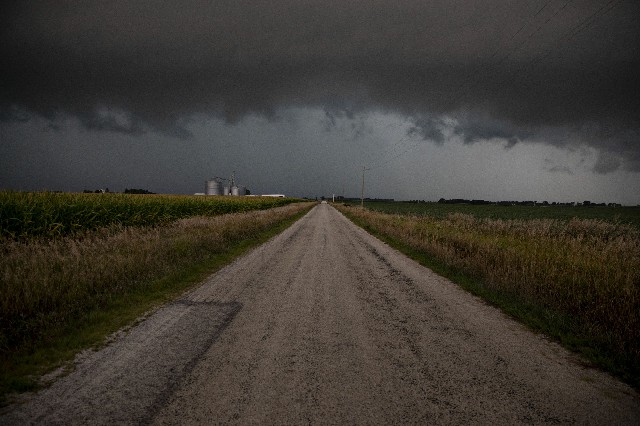 China’s cancellation of a planned visit to farms in the American heartland was done at the request of the U.S., people familiar with the matter said, indicating it wasn’t caused by a negative turn in the lower-level discussions held in Washington last week.
U.S. Trade Representative Robert Lighthizer’s office didn’t find out about the visit until it was set up and subsequently asked the Chinese delegation not to go, one of the people said. The Chinese were told this was because of domestic reasons, another person said.
Chinese Vice Premier Liu He plans to visit Washington in the second week of October to meet Lighthizer and Treasury Secretary Steven Mnuchin for high-level negotiations, according to separate people familiar with that planning, and the two sides are aiming for a high-level meeting around Oct. 10.
The news about the cancellation came about an hour after President Donald Trump said he wasn’t interested in “a partial deal” with China based on Beijing increasing its purchases of U.S. agricultural products. China’s Vice Agricultural Minister Han Jun, a member of the trade delegation, said Saturday at an event in Washington that the farm tour had been discussed but not finalized, and the U.S. will extend an invitation for another time.
“Negotiations on the agriculture area went very well, and the two sides held thorough and candid communication,” Han said at the event, according to Chinese media. He also said China is willing to expand agriculture trade with U.S. and deepen cooperation “on the basis of equality and mutual respect”.

‘Goodwill’ Gesture
U.S. Secretary of Agriculture Sonny Perdue said Thursday that the Chinese delegation’s farm tour represented a “goodwill” gesture by Beijing.
But on Friday, the Montana Farm Bureau Federation said it was told by the Chinese embassy that the delegation “had an adjustment of their agenda” and would return to China earlier than planned. The Nebraska Department of Agriculture, which also had planned to host the delegation, confirmed their visit was canceled, too.
U.S. farming has become a main target for Beijing, where leaders are cognizant of the political importance of rural American to Trump’s re-election. China’s retaliatory tariffs on everything from American apricots to soybeans crimped demand at a time when producers have also suffered from extreme weather.
But Trump told reporters in a meeting with Australian Prime Minister Scott Morrison on Friday that the dispute won’t damage his 2020 bid for re-election. He said he wouldn’t relent without reaching a “complete deal” with China.
Trump said that while he has an “amazing” relationship with Chinese President Xi Jinping, right now they’re having “a little spat.”
“I think the voters understand that,” the president added. “I don’t think it has any impact on the election.”

Bad-Faith Accusations
Nevertheless, Trump said it would probably be “positive” for his re-election prospects if the two countries can reach a deal.
U.S. and Chinese negotiators held “productive” talks on Thursday and Friday in Washington, the U.S. Trade Representative’s office said in a statement. The U.S. is looking forward to hosting “principal-level” negotiations in October, according to the statement.
China’s Ministry of Commerce called the meetings “constructive,” and said both sides agreed to continue communication on relevant issues, according to a statement on Saturday. The ministry did not immediately respond to a fax about the farm tour and the dates for the next round of talks.
Top White House economic adviser Larry Kudlow said recent developments have created a “positive atmosphere” surrounding the standoff, which has been fueled by accusations of bad faith from both sides. Jenny Leonard, Mike Dorning, Jordan Fabian & Mario Parker, Bloomberg