Chui Sai On thought to follow predecessor into CPPCC promotion 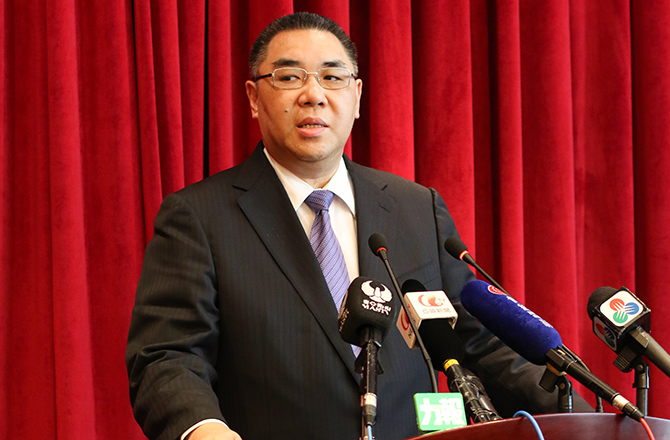 Former Chief Executive Chui Sai On may follow his predecessor’s path and be appointed as a vice president of the National Chinese People’s Political Consultative Conference (CPPCC). The position, considered a promotion of sorts for outgoing Chief Executives, is at the level of national leadership.

It is stipulated in the “Civil Servant Law” of Mainland China that there are 10 tiers of civil servants, with the top being national officials and deputy officials. The vice president of the CPPCC falls within this top tier.

To commentator Johnson Ian, the main obstacle to Chui’s promotion is that the numbers do not favor another representative from the special administrative regions of Hong Kong and Macau.

If promoted, Chui would join his predecessor, Edmund Ho, and two Hong Kong members already in the role, bringing the total number of CPPCC vice president from the SARs to four. There are only 24 CPPCC vice presidents in the current term, which would mean those from the SARs accounted for one in every six, widely disproportionate to their combined populations, which account for about 0.5% of the country.

“Having four vice presidents from just two SARs may not sound fair to other provinces and regions,” said Ian.

However, working in favor of Chui’s appointment is his record in government.

Ian said that Chui may be given the position as recognition for steering “the good boy” in the direction that Beijing has signaled.

Meanwhile, commentator Larry So said he was confident in Chui’s appointment as a national leader.

“Referencing precedents, Chui has a great chance of being elected as a CPPCC vice president,” So said, even though it is not codified that this must be the case. So said that Macau has only two ex-CEs, compared to Hong Kong’s four, which offers Chui an advantage.

Chui could also be given a different position, including taking leadership of local foundations, or their surrogates, according to So.

Commenting on Chui’s sudden disappearance from the spotlight, Ian said it was reflective of Chinese culture. “There is a saying that goes ‘rule not if not in the position’,” explained Ian. “It is understandable that Chui may not want to exert unnecessary pressure on the new government.”

Upon leaving office, “Chui told the media that he would want some time for rest,” recalled So. “There is no rush needed in offering him the [CPPCC] position, because another plenary meeting is around the corner.”