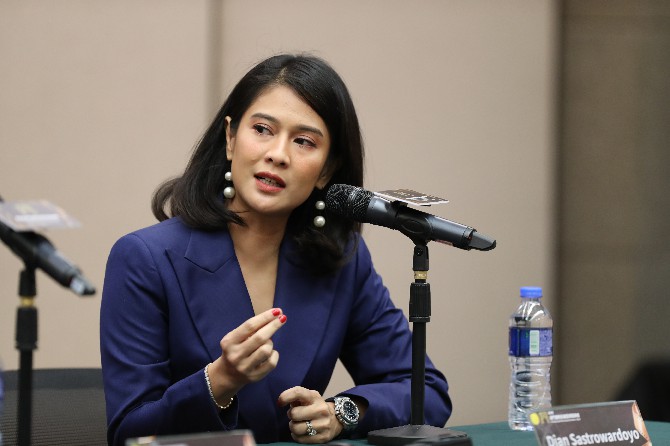 Online ticketing platforms in mainland China play a critical role in the overall gross revenue of a film, as the platforms allow users to rate the overall quality of the film.
These online platforms include Alibaba’s Tao Piao Piao, which has some 290 million users, with more than 40 million active users in 2018.
“Right now, it’s a very interesting time,” said Chinese film director Peter Ho-sun Chan during the press conference of the International Competition Jury of the ongoing International Film Festival Awards – Macau.
The president of the jury explained how movies in China – no matter how high the budget was or whether it cast renowned actors and actresses – would still fail.
For Chan, the voice of the Chinese audience continues to remain strong in the film industry.
“China really loves to watch Chinese films […] and it’s very interesting now that the audience in China dictates what kind of films need to be made,” said Chan, “as opposed to [the situation in] Hollywood.”
“A few years ago, we were very depressed and very pessimistic about the future of Chinese cinema. We were watching everything on streaming platforms because we felt that there was more freedom of expression for filmmakers on streaming platforms,” Chan added.
According to the director, the gross revenue of the first weekend of a release in China is typically less compared to upcoming weekends, contrary to what usually occurs around the globe.
Such is due to the influence of online platforms where users can vote on whether the movie is worth watching, which heavily influences other peoples’ decisions.
“The opening weekend is equal to half of the total box office in other countries […] but for the last two years in China, you often see the first weekend gross being actually the least and the second weekend tops the first, [and so on] and it becomes better,” said Chan.

“People are going to the cinema based on the scores by the audience on the online platforms. It’s a very democratic process and that process is being taken up in China,” said Chan. “Word of mouth has driven a lot of films,” he added, and “the film world is becoming more and more interesting.”
The director produced a film titled “Better Days,” which was showcased yesterday at the Old Court Building. It shows the devastating impact of school bullying with rare attention to emotional details. The film investigates a socially grey area, where the limits imposed by law and morality are blurred, if not virtually non-existent.
Meanwhile, echoing Ho’s sentiments about how films nowadays should be easily relatable to people, Indonesian actress, producer and jury member Dian Sastrowardoyo said that similar moves are also occurring in Indonesia.
Sastrowardoyo said that it is a continuous challenge to produce and make films that are relatable to the market and to other countries.
“The market needs to be specifically catered to local audiences. […] Once we’re making something that is not relatable to the Indonesian market, it’s not going to work. It is very democratic also,” she said.
“[It is also] a challenge for us to really communicate what the market strategy is in terms of digital. The challenge is not only how to make it relatable locally, but how we can also make stories that can travel to other countries as well. That’s why we need to make films that are universally relatable,” the producer added.

IFFAM heavily promoted in the mainland

Speaking on the sidelines of the press conference, director of the Macao Government Tourism Office and president of the IFFAM’S Organizing Committee Helena de Senna Fernandes said that the festival had been heavily promoted in mainland China.
The tourism official stated that they changed one of the agencies that assists with their promotions in order to reach a larger audience.
“We have seen a lot of social media coverage and a lot of people. The general public in China commented they want to come to Macau to watch films. I hope that translates into some of them coming over to see films,” she told the press.
Some of the films that are set to be showcased are already sold out. Although Fernandes said that some of the tickets have been reserved for sponsors and guests, but only in small numbers.
Since the festival is also screening some films at the Old Court Building, the committee is expecting that there will be more of an audience this year compared to last year.
“We are looking forward to seeing more [people] and hopefully, they will also appreciate the films we are bringing in,” she added.