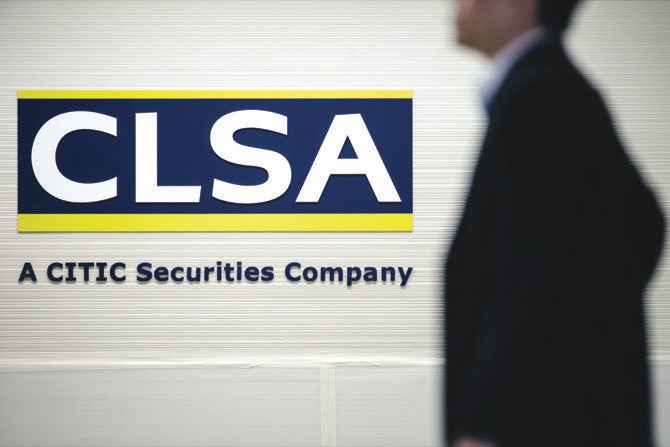 The culture clash between CLSA Ltd.’s old guard and its Chinese owner may have reached a tipping point.

At least four of the Hong Kong brokerage’s senior managers are following Chief Executive Officer Jonathan Slone out the door amid mounting tensions with Citic Securities Co., which bought CLSA in 2013, people with knowledge of the matter said.

Chief Operating Officer Nigel Beattie, who was in discussions to take over as CEO in the wake of Slone’s recent resignation, quit this month after failing to reach an agreement on how to run the company, the people said, asking not to be identified because the matter is private. Xen Gladstone, who ran sales and trading; Edmund Bradley, head of research; and Meade Thomson, head of Japan, also resigned, one of the people said.

The latest departures, which include three members of CLSA’s executive committee, underscore growing concerns among some employees that the firm is losing its independence as Citic, China’s biggest state-owned brokerage, tightens its grip on the business and overhauls the way staff are compensated.

The Citic-CLSA tie-up has been closely watched by some in the industry as a test case for whether a Chinese brokerage can successfully expand overseas and compete with the likes of Goldman Sachs Group Inc. and Morgan Stanley. While Citic said last month that it’s committed to growing internationally, it has yet to come anywhere close to matching the global reach of Wall Street’s giants.

Some analysts have said that the departure of highly paid executives such as Slone will help CLSA cut costs and boost profitability. But questions remain over whether the loss of seasoned international leaders will hurt the firm’s ability to grow its business outside China.

CLSA’s executive committee now includes just one voting member who originated from CLSA, with the other five coming from Citic, the people said. John Sun, formerly of Citic Securities International, was appointed as interim COO to replace Beattie, one of the people said.

A CLSA representative declined to comment, as did Beattie. Gladstone, Bradley and Thomson didn’t respond to requests for comment. Citic, whose chairman Zhang Youjun took over the same role at CLSA in February, didn’t reply to an emailed query.

Skeptics of the Citic-CLSA combination have warned of a culture clash since day one, yet the two camps managed to keep tensions under control long enough to combine the businesses and weather a turbulent period for global capital markets.

Relations soured after a controversial drop of about 60 percent in CLSA’s 2018 bonus pool and a number of other recent changes instigated by Citic, including staff adjustments and a new compensation system, people familiar with the matter said last month.

The moves followed an expiry in mid-2018 of the management agreement that enabled CLSA to operate more or less independently, one of the people said. Some members of CLSA’s executive committee, including Slone, didn’t receive a bonus for 2018 and were asked to take a pay cut for this year, two people said.

Citic tried to convince Slone to stay, Zhang told a media briefing last month. He said Slone resigned for personal reasons and would spend more time with his family in New York.