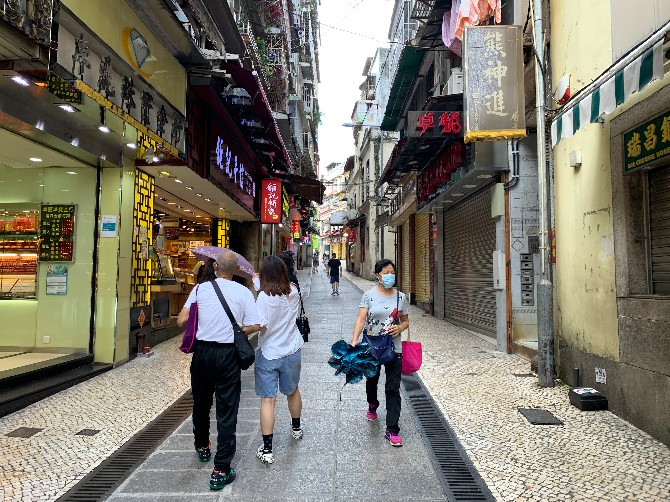 The number of residential and commercial property sales plunged in the first half of the year amid the ongoing coronavirus-induced economic recession. According to real estate experts, the situation today is similar to 2014, when the property market was reeling from a sharp contraction in gross gaming revenue.
The number of residential sales declined 22.4% year-on-year in the first half of 2020 to a total of 3,040. By comparison, the number of residential transactions in 2014 was about half of that in 2013, the peak year for gross gaming revenue in Macau. One reason that the decline has been more moderated this year is because of the comparison base in 2019, when Macau had already entered recession.
In a report issued by real estate firm Jones Lang LaSalle yesterday, the residential leasing market saw a slowdown along with the decreasing leasing demand for residential properties, particularly those located near casinos.
During the time when Macau imposed travel and border restrictions, some landlords offered to lease their premises on short-term basis as temporary accommodation for overseas workers.
The rental values of high-end and mass-to-medium residential properties dropped by 4.4% and 4.5% respectively in the first half from end 2019.
However, it expressed confidence that Macau’s property market can maintain its resilience in the second half of 2020, attributing any coming improvement to China’s easing of border restrictions between Guangdong and Macau.
“The Covid-19 pandemic has created a lot of volatility and uncertainty in the global economy, undermining investors’ confidence, and the situation will unlikely improve until the epidemic is under control,” stated Mark Wong, Director of Valuation Advisory Services at JLL Macau.
“However, if the epidemic continues to be unstable around the peripheral areas in the future, the economy will face challenges again and the property market may enter a new phase of downward cycle,” he added.
Macau’s economic health was again shown during this pandemic outbreak to be heavily reliant on the city’s gaming sector. Due to the travel and entry restrictions put in place by the central government to deter the spread of Covid-19, the domestic economy has registered a plunge of nearly 50% in year-on-year terms.
Official data shows that the total retail sales dropped significantly by 45.1% year-on-year in the first half of 2020 to 11.24 billion patacas. All retail categories were recorded with negative growth.
In the sales market, a total of 109 retail property transactions were recorded in the first five months of 2020, down 44.1% year-on-year.  No notable transactions were recorded in the sales market.
According to JLL, retail properties in tourist areas saw a surge in vacancy and failed to attract investors’ interest even once a 30% reduction from last year’s level was offered.
Some landlords offered to waive or lower rental payments by up to 20%-50% on short-term basis.  Some tenants took up space on very short-term basis in core areas of Senado Square at rentals 70% lower than market rates. According to JLL, this is akin to rental levels 10 years ago.
“The retail property sector saw a dramatic adjustment and even with China’s easing of border restrictions, the retail industry won’t be back to its pre-pandemic status shortly,” said Oliver Tong, Head of Leasing at JLL Macau.
During the past few months, JLL conducted a survey with over 500 retailers from different trades aiming at understanding their future business plans.  Among the respondents, only about 20% mentioned that they would continue their business expansion in the short term.
“The rest in general stated that they would consolidate their business and adopt cost control strategies, expecting to take at least a year for business recovery,” said Tong.
A similar situation was seen during the recession period from 2014 to 2016 when several commercial spaces closed down and many rental signs went up.