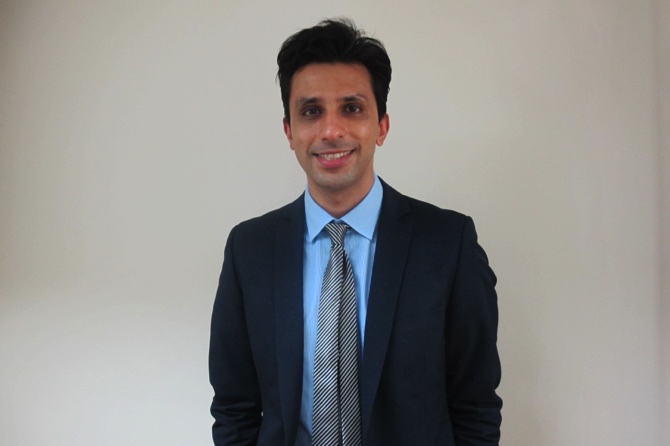 A Hong Kong-based company keen on fostering eco-friendly efforts is set to expand its market in the region to further promote the sharing economy model.

ECrent Worldwide Company, founded in the neighboring region in 2013, is a platform where users can both rent and rent out items such as mobile phones, household items and vehicles.

The publicly listed Hong Kong firm said that it has various groups operating independently in 40 countries, with its website currently attracting some 35 million visitors.

ECrent provides opportunities for enterprises and individual retailers. The platform allows users to list their items online as available for rent, particularly items that are expensive to purchase and are not widely used by the lender.

“If it can be bought, it can be rented,” he told the Times. “We are actually facilitating, bringing renters and rentees together and letting people share with each other.”

ECrent is seeking to create a cohesive all-in-one eco-system, which is why the company planned to expand in Macau – as there is significant wastage in the tourism-centered territory.

According to Mamik, “the sharing economy is the next wave,” which is why he sees a vast market in the territory.

“[Macau is] one of the places that we feel this concept can be successful; but more importantly it is direly needed in the tourism industry because the maximum wastage takes place during recreation and vacationing,” the manager explained.

“[Macau could] start a wave […] at least running parallel to consumerism where people go on vacation [and] they could rent and create this harmonious sharing concept,” he continued.

As ECrent manages each market independently, the company pursues a different approach in different regions – catering to the needs, demands and demographics that exist in each particular region.

Presently the company collaborates with various brands and retailers, including a global eco-car manufacturer and a recent partnership with a convenience store chain.

“We’re also trying to start an eco-system of a culture where we collaborate with partners with the same vision as us,” he explained. “We [will] be providing them with rental cellphone chargers. [Just] pay HKD10 and we give you mobile charges within 24 hours [and] you can return it in any [chain] stores,” Mamik added.

The platform allows users to either generate income or save money, encouraging them to use items responsibly through renting as there has been a significant growth in consumer habits.

Mamik claimed that the company has created a simple economic transaction value. With posting fees ranging from USD2 to USD6, the platform currently has 200,000 registered users and approximately 500,000 items available for rent.

“Now it’s coming to a point where landfills are just insane,” he said, implying that modern consumer behavior was worsening.

The Hong Kong based company rolled out a “Residential Sharing Platform” – both online and offline – launching a new service in housing communities and resident blocks around Hong Kong.

ECrent will supply an online portal for resident communities to rent and book venues, parking spaces and actual rental items. The aim is to encourage neighbors to share and rent from one another to reduce consumerism.

The company claimed that such efforts would improve communal living as well as provide an ancillary source of revenue for management offices, which could then direct earnings towards improving building facilities.

Businesses can also create microsites, a shop-in-shop model on the firm’s website where they can manage and rent out their own items.

“We also partner with NGOs and provide them with free microsites to further their own cause,” said Mamik, mentioning ECrent’s latest collaborations with U.S.-based NGO, Nomi Network.

When questioned whether the  platform faces regulatory uncertainty, similar to what Uber is facing, Mamik stressed that the company has already taken this into consideration.

“We’ve already gone through the process. Reason being is we are not conducting the transaction. You as a renter are just coming up and posting on our site,” he explained. “We are a bridge connecting people to share, [so there will be] no legal hassles,” he confidently said.

Yet Mamik admitted that main hurdle for the company is to persuade people to believe and utilize the company’s concept.

The sales and marketing manager said that its market in China has been growing – much to their surprise as the country is dominated by new money. He also noted that ECrent is currently in the process of filing as a public listed company in the United States, as the firm has a significant presence in the country.

Director of the upcoming ECrent Macau, Kyan Su Lone, believes that not only can sharing economy foster green initiatives but could also provide a platform for young entrepreneurs.

“I think ECrent advocates the sharing of resources and it could be a force for environmental protection,” he noted.

As the region is committed to becoming a world tourism and leisure center, Kyan is confident that ECrent can contribute to the region’s vision. Kyan explained that tourists coming to Macau could reduce the burden of carrying heavy luggage by renting necessary items.

“[It could] bring a lot of convenience for travelers. Also, I have been concerned about opportunities for young people, and I hope ECrent can provide a platform for young people to start a business in Macau,” he concluded.

Although there is currently no exact date when ECrent Macau will commence operations, the firm hopesthat it will be launched by the beginning of next year.