Consumer confidence in US rises to highest since October 2007 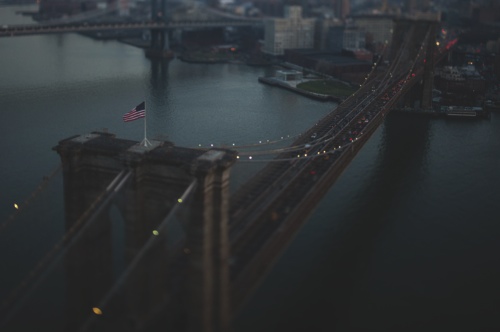 The U.S. flag flies as cars drive over the Brooklyn Bridge to downtown Manhattan in this aerial photograph taken with a tilt-shift lens in New York

Confidence among U.S. consumers soared in July to the highest level in almost seven years on the heels of a strengthening labor market.
The Conference Board’s index rose to 90.9, the highest since October 2007, from a revised 86.4 in June, according to the New York-based private research group said yesterday.
More employment opportunities, fewer firings and resilient equity markets are buoying spirits against a backdrop of geopolitical tension in Ukraine and the Middle East. Faster wage growth would help to further spur sentiment and provide the wherewithal for bigger gains in consumer spending.
“Stronger job growth helped boost consumers’ assessment of current conditions, while brighter short-term outlooks for the economy and jobs, and to a lesser extent personal income, drove the gain in expectations,” Lynn Franco, director of economic indicators at the Conference Board, said in a statement. The figures “suggest the recent strengthening in growth is likely to continue into the second half of this year.”
Another report yesterday showed home prices rose in the 12 months ended in May at the slowest pace in more than a year as a lull in the housing market limited appreciation. The S&P/Case- Shiller index of property prices in 20 U.S. cities increased 9.3 percent from May 2013 after a 10.8 percent gain in the year ended in April. Compared with the prior month, home prices fell for the first time in two years.
The Conference Board’s gauge of present conditions rose to 88.3 from 86.3 in June. The barometer of consumer expectations for the next six months increased to 92.7, the highest since February 2011, from 86.4 a month earlier.
The share of Americans who said jobs were currently plentiful advanced to 15.9 percent in July, the highest since May 2008, from 14.6 percent. Consumers said they expected greater employment opportunities in the six months ahead.
Payrolls surged 288,000 in June after a 224,000 gain the prior month that was bigger than previously estimated, figures from the Labor Department showed this month. The unemployment rate dropped to an almost six-year low of 6.1 percent.
More employment opportunities will probably keep Federal Reserve policy makers on the path to reduce monetary stimulus as they begun a two-day meeting yesterday.
The share of respondents in the Conference Board’s survey that said they expected their incomes to rise in the next half year rose to 17.3 percent in July from 16.7 percent a month earlier. Bloomberg