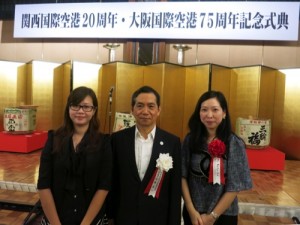 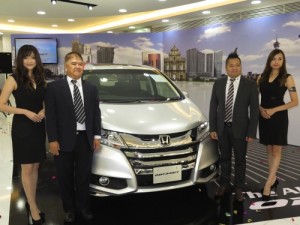 Xin Kang Ming Motors Ltd. held a preview last Saturday for the all-new Honda Odyssey minivan. During the event, a representative from Honda’s agent in Hong Kong, Reliance Motors Ltd., introduced the features of the vehicle.
Xin Kang Ming has said that since being introduced to the market in 1994, Odyssey has been popular among young families.
The model that has been introduced to Macau customers this time is developed based on the version previously released in Japan. More special features have been added into the vehicle, which will ensure its suitability to the demands of customers in Macau. The Odyssey has, for example, a 30-cm low floor, which allows children and elderly people to get into the car in one step. The vehicle is also low in fuel consumption. 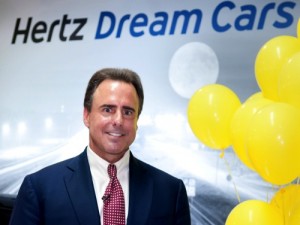 Hertz Chairman and CEO Mark Frissora has resigned from his post for personal reasons. He had served as CEO since January 2007. On Monday, the car rental company said that Brian P. Mac-
Donald, president and CEO of Hertz Equipment Rental Corp., will serve as interim CEO of Hertz Global Holdings Inc. MacDonald has been serving as president and CEO of Hertz Equipment Rental since June.
A representative from the Hertz Head Office, based in Park Ridge, New Jersey, said that it has started the search process for a permanent CEO. MacDonald has led turnarounds at companies including Sunoco Inc. and Isuzu Motors Ltd. In June, the company said it needed to review and correct financial statements from the last three years because of accounting errors. It has delayed its second-quarter filing as a result.
In late August, Hertz withdrew its guidance for 2014, saying it would come up far short of expectations. That same month it was disclosed that activist investor Carl Icahn had taken an 8.5 percent stake in the company.
A spokesperson for Hertz announced on Monday that it is still committed to the planned separation of its equipment rental business into a separate, publicly traded company and expanding its off-airport rental business, among other initiatives.