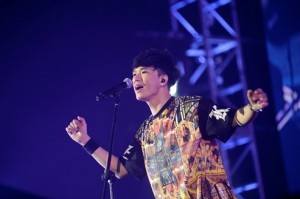 Hong Kong rockers Mr. energized the audience at the Cotai Arena Saturday night, marking the band’s return to Macau with its performance of Mr. On The Road Live Concert at The Venetian.
The band formed by Alan Po (vocals), Desmond Tam (bass), Quincy Tam (guitar), Ronny Lay (guitar) and Tom To (drums) kicked off the concert with “Yesterday” pumping up the crowd, with audience members in turn cheering and singing along. Mr.’s setlist included hit tunes like “Everyone“, “If I am Eason Chan” and “Love & Peace”, entertaining the audience of fans.
Born out of Hong Kong’s underground indie scene, Mr. released its first record in 2008, and has since spawned a number of hit singles. The five rockers went to Taiwan last June to experience the local music culture and to record their first Mandarin album, “100 Reasons To Fly,” whose songs reflect the transformation undergone by the group during their stay in Taiwan. 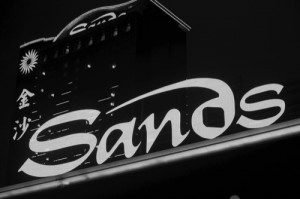