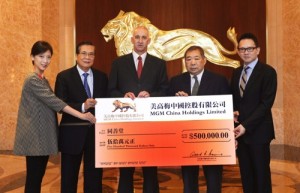 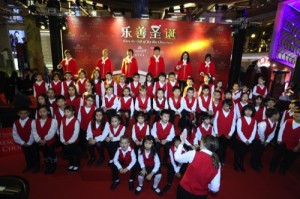 On Friday, Galaxy Entertainment Group (“GEG”) launched a special series of holiday events to help Macau ring in the festive season. This year’s centerpiece is Christmas Charity Santa’s Village, which transports the home of jolly St. Nick straight from the North Pole to Galaxy Macau, where Santa and his helpers will be in residence until December 26. GEG is also helping everyone “Give the Gift of Joy this Christmas” to those in need, as proceeds from tickets to Santa’s Village will be donated to the Macau Deaf Association.
Last week’s light-up ceremony commemorating the launch was held at Galaxy Macau’s Crystal Lobby entrance. Following a cocktail reception, dignitaries and guests were treated to a performance by the Christmas Choir of the International School of Macau (TIS) and the Macau Deaf Association, plus a festive holiday dance performance.
According to a press release issued by GEG, “Christmas Charity Santa’s Village is a fun way for the whole family to share the Christmas spirit. Just MOP80 allows admission for up to four, where visitors can tour Santa’s cabin, sample holiday sweets and have a photo taken with Santa.” 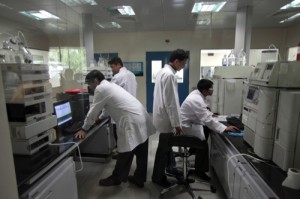 glaxosmithkline is said to plan reorganization

GlaxoSmithKline Plc is planning a reorganization that will include hundreds of job cuts in the U.S., experts have said. The drugmaker is poised to announce a workforce restructuring as soon as this week, said the informants, who have asked not to be identified as they are discussing a private company matter. The changes will involve operations in the U.S., where London-based Glaxo has struggled to sell respiratory medicines in recent months. Deirdre Connelly, president of North American operations, is scheduled to speak to U.S. employees on Dec. 3, two others said.
Glaxo pledged in October to cut costs by 1 billion pounds (USD1.56 billion) over three years, with half the savings coming in 2016. U.S. sales are flagging amid increased competition for the company’s best-selling Advair asthma medication. Analysts estimate that sales of the drug will decline 30 percent by 2015, from $5.3 billion last year.