For the fifth consecutive year, MGM has invited athletes with intellectual disabilities or additional needs to meet with the Grand Prix Motorcycle Team sponsored by MGM.

This community program consists of an art workshop and a meet-and-greet with the motorcycle racers, as well as the opportunity to watch the races from the grandstand and paddock, said the gaming operator in a statement.

About 100 athletes with intellectual disabilities collaborated on designs for a BMW motorbike, race suits and helmets, as well as a wall banner for the Motorcycle Team at the paddock.

On November 11, Grand Prix motorcycle racers Michael Rutter and Danny Webb greeted the athletes from both the Association of the Parents of the People with Intellectual Disabilities and the Macau IC2 Association at Tap Seac Square.

Rutter said, “I started racing in the Macau Grand Prix in 1994 and I have always considered Macau as one of my homes.  I am glad that MGM gave us the opportunity to bring joy to these athletes and take part in promoting social inclusion in Macau.” 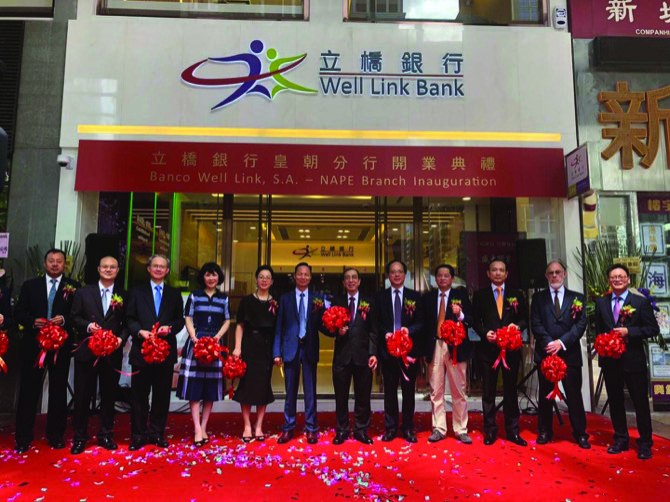 Well Link Bank, which recently opened a branch in NAPE, has announced a cashback program which provides a rebate of 8 percent on CEM monthly electricity bills, up to a bill amount not exceeding MOP1,100.

To qualify for this rebate, participants must use the bank’s CEM Autopay service and keep a balance of at least MOP50,000 in a savings account. The Bank also guarantees that the 8 percent rebate will be maintained for a period of at least two years.
Well Link Bank said in a press release that it would continue to make a range of financial products available through various distribution channels, including mobile banking, and a personalized service to its customers.