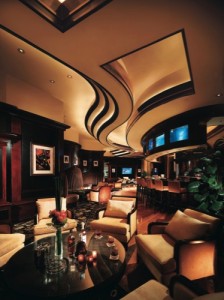 Sands Macao is going to host its next wine tasting event featuring nine wines from Vinomac Fine Wines Friday, Sept. 19 at the Sands Paiza Lounge. Wine lovers can sample a fresh sparkling wine, followed by three different white wines showing fruitiness and pureness, and then four red wines with rich flavors, and finished with a Port wine offering intense and elegant notes, while sampling a selection of well-matched snacks.
September’s wine tasting event at Sands Macao brings to its guests selected high quality wines, including the Aventura white and red, produced by Spanish wine maker Susana Esteban who has been working with top wineries in Portugal for the past 15 years, which are to be presented in Macau for the very first time. 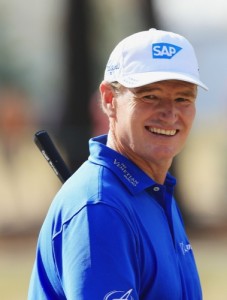 Four-time Major champion Ernie Els has confirmed his participation at the Hong Kong Open for the first time. Taking place from October 16-19, 2014, the tournament will be the penultimate event on The European Tour International Schedule before the Final Series. It will again be tri-sanctioned with the Asian Tour and the Hong Kong Golf Association.
The South African, who has 70 tour titles to his name, will play four tournaments in Asia starting with the Hong Kong Open as he makes his final preparations for the DP World Tour Championship. Els is also scheduled to play in the upcoming Venetian Macau Open. He is currently in 21st place in The Race to Dubai.
The Big Easy, as he is known on the tour, said: “I am very much looking forward to playing at the Hong Kong Open for the first time. I have been to Hong Kong before and have tried and enjoyed the course, so am excited to take part in the tournament. I have heard many great things about the event, its history and heritage, and I hope I am in a position to challenge for the title on the Sunday and join the list of great names who have held aloft this famous trophy.” 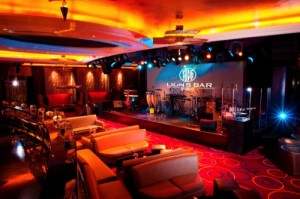 As a destination for live English stand-up comedy, MGM Macau’s Lion’s Bar is bringing in three headliners: Tom Segura, Pete Lee and Chad Daniels, on September 14. The funny affair is brought together in conjunction with the Hong Kong International Comedy Festival, and MGM is teaming up with TakeOut Comedy and the American import ACME Comedy Club for the showcase.
The one-night-only comedy show is a part of the ACME Comedy Club Asia Tour and comes with documentary filmmakers, who will capture the stateside funnymen’s first major appearances in Asia.
Los Angeles-based Tom Segura has a resume of past appearances that include Conan, Russell Peters Presents, and his own half-hour special on Comedy Central. Segura will be joined onstage by Chad Daniels, a 15-year veteran of the business, who has performed on The Tonight Show, The Late Late Show, and Conan, to name just a few. Rounding out the line-up is Pete Lee, who has first appeared on Comedy Central in 2005.
The show starts at 9pm and admission is free.