World Gaming Group Ltd (WGG) announced that Mr David Steicke has been elected Chairman of the Board of the company.
Coinciding with the fifth anniversary of World Gaming’s presence in Macau, this is the first in a series of upcoming appointments in the senior management and executive staff of WGG, in anticipation of an expansion in the scope of the business activities of the group.
Mr Steicke (51) is a native of Australia and was educated at the University of Adelaide, graduating with a Bachelor of Science degree majoring in pure mathematics and mathematical physics. He also holds a Diploma of Education. He has held senior executive positions in commodity and futures trading companies based in Hong Kong and Switzerland. He has also been a Board member of several Internet and software companies in Europe. 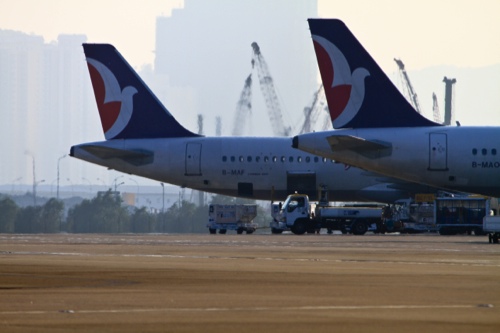 Macau International Airport (MIA) recorded a stable increase in passenger traffic volume and aircraft movements for the month of August. MIA carried over 520,000 passengers and 3,400 aircraft movements in August; both recorded increases of 6.5% and 1.4% respectively comparing to the same period in 2013. Passenger volume surpassed half a million in Aug 2014, recording the highest monthly passenger volume since MIA started operation. Mainland China and Southeast Asia routes continually performed well with registered increases of 13% and 6.5% respectively over the same month last year.
In addition to strengthening existing flights, MIA has encouraged airlines to increase flight frequency to popular destinations. Starting from 6th September 2014, Air Macau will launch direct flights between Macau and Tianjin, providing 4 flights per week. Also in mid-September, a new airline will be launching Macau – Phnom Penh flight services, operating 2 flights per week, with plans to increase the flight frequency to 3 flights per week by the end of this year. Simultaneously, another airline will be launching air services from Thailand to Palau via Macau. 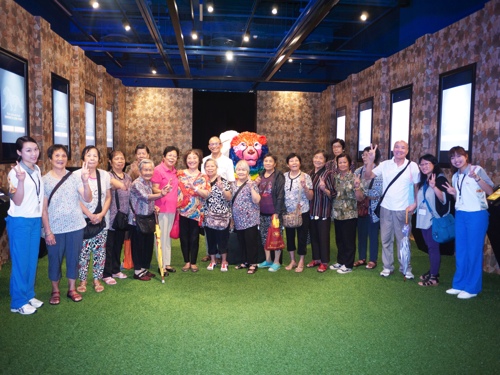 The “Biennial of the Lions” exhibition at the MGM Art Space has drawn 15,000 visitors so far following its opening in July. On August 27th, an art appreciation tour about the “MGM • Biennial of the Lions – Beyond the Roar” exhibition was provided to twenty participants from the “Vui Fai” Elderly Service Center (Centro de Dia “Brilho da Vida”). During the tour, participants concentrated on the explanation made by the docents, who introduced not only the history of the Sino-French diplomatic ties and the culture of both countries, but also the story behind each lion sculpture. The group of elderly residents showed excitement and eagerness to learn new things, reinforcing the popular saying, “You’re never too old to learn”. To further promote all forms of art and to make them accessible to the public, MGM will continuously offer more guided tours for local schools and community groups.