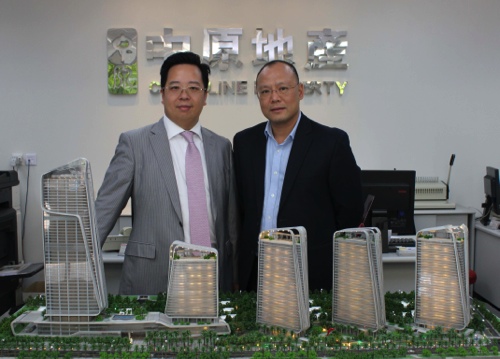 To meet the demand of Macau investors, Centaline Property has introduced a Zhuhai-based real estate project – the Yanlord Marina Centre, located near the Gongbei border gate. The services of interior designers from Singapore, Hong Kong and other Asian cities have been used in the development.
With a site area of approximately 40,000 square meters and a planned area of around 210,000 square meters, the Yanlord Marina Center, a 600-meter-long building complex along Zhuhai’s “lover’s road”, will take the shape of a series of full-blown sails. The buildings will be the first sight when people drive into Zhuhai along the Hong Kong-Zhuhai-
Macau Bridge.
Sizes of decorated apartments with sea views range from 2,016 square feet to 4,266 square feet, with three to five bedrooms. Duplex apartments measuring over 5,900 square feet to 6,660 square feet are also available. 15 to 20 units are on sale in Macau, with an average price over RMB6,000 per square foot. 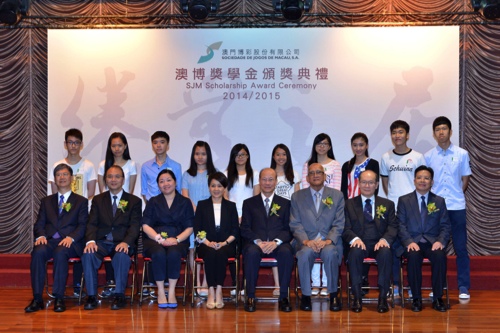 Sociedade de Jogos de Macau awarded scholarships to 38 children of staff yesterday, including scholarships to 10 outstanding students for Year 2014 and the renewal of scholarships for 26 recipients of Years 2013, 2012 and 2011.
The SJM Scholarship Award Ceremony was held yesterday at Kam Pek Community Centre. This year also coincided with the Awards’ 10th anniversary. Chairman of the Board of Directors of SJM Ambrose So, Managing Director Ms. Angela Leong, and Director Rui Cunha celebrated with the award-winning students and families.
Ten outstanding students were selected for Year 2014 by the SJM Scholarship Selection Committee. They were Lui Wai U, Kou Seng Pan, Chan Ka I, Wong Leng U, Lam Hio Tong, Chan Chong In, Kuan Wai Son, Hoi Wai Keong, Choi Wai Kit, and Chong Chi Ian. Each was awarded MOP20,000 per year until they finish their university studies. In addition, Ng Chi Keong and Chan Cheong Kit were each awarded MOP10,000 as an encouragement for their good performance.
The ceremony also witnessed the renewal and award of SJM Scholarships to 26 recipients of Years 2013, 2012 and 2011 who were each awarded MOP20,000 for the new academic year. Among them, Leong Chi Fong and Leong Man Ieng were named the best performing students in the past year, and were each given an extra award of MOP5,000.