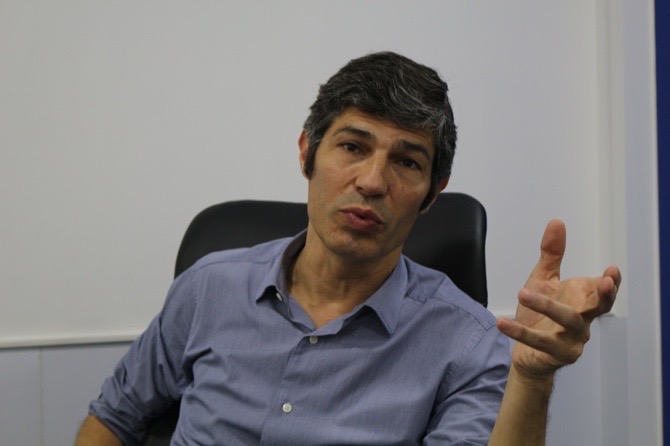 Activist Scott Chiang, who last year was found guilty of the crime of unlawful assembly, will have his trial repeated after the Court of Second Instance agreed Friday with an appeal filed against the first court’s ruling.

Chiang and co-defendant Sulu Sou were initially charged with disobeying police authorities during a May 2016 demonstration that challenged a controversial RMB100 million donation from the Macau Foundation to Jinan University. In May 2018, the two defendants were found guilty in the Court of First Instance of organizing an unlawful assembly and were sentenced to fines worth 120 days each.

The case will now be repeated at the Court of First Instance. The Public Prosecutions Office will not be able to appeal the Court of Second Instance’s decision as that would require escalation to the Court of Final Appeal, which does not rule on crimes such as unlawful assembly.

Lawyer Jorge Menezes, who represented Sulu Sou in the high-profile case, said last week’s decision would help to rectify the “miscarriage of justice” that occurred at the Court of First Instance.

Recalling the events of May last year, Menezes added that the retrial would allow Chiang’s lawyer, Pedro Leal, to focus on defending the charge of unlawful assembly – for which Chiang was found guilty – rather than the initial charge of aggravated disobedience. He said that the crime of unlawful assembly was less serious than aggravated disobedience and would probably be easier to defend.

The Public Prosecutions Office is now tasked with proving that the defendant violated Macau’s protest law by organizing the May 2016 demonstration. Specifically, the Office will need to identify an article of the law that was violated.

“Now Chiang is accused of breaching the protest law in some way, not the police order. For that you need to look at the law and see what exactly is forbidden,” explained Menezes.

“Any lawyer would confidently say it’s extremely unlikely for anyone to have committed an offense with an illegal protest, because the law is very restrictive [in this area]. This is a law that affirms a fundamental right – the right to protest. I am very curious to see which article they are going to pick.”

The Court’s decision to uphold Chiang’s appeal will not affect Sulu Sou, who withdrew an earlier, “merely defensive”, appeal in order to expedite his return to the Legislative Assembly.

Lawmakers in Macau normally enjoy prosecutorial immunity that prevents charges from being brought against them. Sou was suspended by a Legislative Assembly intervention in December last year, which lifted his immunity and permitted him to stand trial.

Menezes said it was a “disappointment” that the young lawmaker now holds a criminal record given the findings last week of the Court of Second Instance.