Courts | Polytec vs Son Pou sentence to be delivered Dec 17 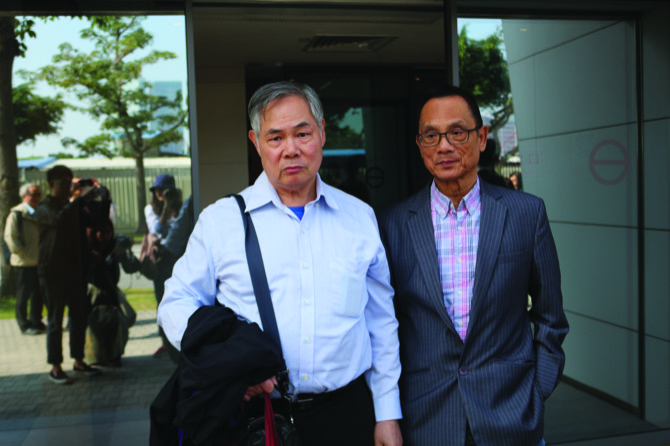 Polytec Group’s lawsuit against local newspaper Son Pou was described by the defendant as the real estate company taking advantage of the case in order to achieve objectives beyond bringing down the newspaper’s columnist.

Last Friday, before the final judgment session, the last trial session was carried out at the Court of First Instance. During the session, no witnesses were called. Second defendant Chou Chong Peng, director of Son Pou, accused the Pearl Horizon developer of deliberately having had clients sign contracts with the company despite knowledge that the company would not be capable of eventually delivering the units to the purchasers, thus creating an unfair situation for buyers.

“[A long time] after the Son Pou articles were written, Polytec hadn’t reached out to Son Pou. However, once the case had already gained judicial status, Polytec asked us to clarify,” said Chou.

“Polytec probably did not want to solve the issue [concerning the articles], but it [the company] is systematically making plans for other purposes,” said Chou.

In his final statement, Chou noted that, in recent years, many news stories about Pearl Horizon were published, and that the “newspaper just wanted to report the case as [the] incidents were occurring, not targeting [any parties].”

In Chou’s opinion, Polytec’s loss of reputation is mainly due to the failure of the company to deliver the residences on time, and because of that “the media should not be held accountable for it.”

In first defendant Lei Kong’s column, he used phrases such as “bossy terms” to describe the Pearl Horizon contract made with buyers.

In Chou’s opinion, individuals have their own interpretation of “bossy terms” and, for that reason, Chou thinks that Polytec has biasedly judged the term.

“In conclusion, the articles were not written out of personal interest. They were written in the public’s interest and were made to protect the residents’ freedom: the freedom of speech,” declared Chou.

The Son Pou columnist, first defendant Lei Kong, said in his final statement that “this case is being called, by foreign media, the biggest slander lawsuit since the handover.”

“The Pearl Horizon case is a public issue. It has an important relationship with public interest,” said Lei, who added that the defendants “should not be convicted of crimes” since they did not violate the law, and since the “[articles] did not violate any law,” Lei said.

In Lei’s opinion, the case has shown that “Macau press environment is deteriorating more and more.”

“Powerful parties in society are becoming more and more outrageous towards the government and towards the media. The bigwigs are asking the media to shut up. […] It is common for the media to write something wrong. [When the media write things wrong], the situation should be solved through communication, not through lawsuits. As a commentator, I feel terrified,” said Lei.

Later, prosecuting lawyer Leonel Alberto Alves stated that “actually, the media is a kind of weapon. The media is a very dangerous weapon.”

“If such defamation is not opposed, I don’t know how the company could survive in this society,” said Leonel Alberto Alves.

Defendant Lei Kong’s lawyer then commented on individual freedom of speech and the freedom of press.

“Individuals have the freedom to express thoughts, and media is also protected [for their freedom of speech]. [Freedom of speech] is a basic right of each individual, and it is a basic right of a society. It is not just in Macau, it is around the whole world,” said the lawyer, adding that “it is not the writer’s obligation to testify [for Polytec for the Pearl Horizon case]. It is Polytec which thinks the company does not need to fulfill its obligations in explaining things to the public.”

The court will deliver the sentence on December 17, at 5 p.m.