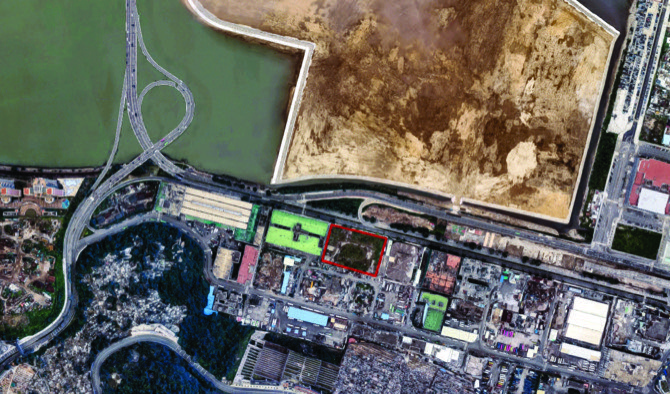 The Court of Final Appeal (TUI) has ruled in favor of the Macau government regarding an appeal from the concessionaire of a land plot, the Times has learned. The government had considered the plot expired and had requested the retrieval of on the basis of non-usage during the 25-year concession period, but the developer appealed the decision.

According to the TUI ruling, it was clearly proven that the concessionaire is the only party responsible for the non-usage of the Pac On, Taipa land plot during the concession period.

For these reasons, the TUI considered the concessionaire’s appeal to be unjustified, and considered the government to have acted lawfully by claiming the land lot due to the lack of development.

Covering an area of approximately 7,000 square meters, the land in question is listed as plot D of the Pac On landfills. It had been conceded to the developer back in 1988 with a rental period of a quarter-century.

Initially, the land plot was to be used for the construction of a one-story building, consisting of a ground floor and mezzanine, for a ceramic tiles and pavement factory.

According to the contract, the industrial unit was to be under construction for a maximum period of 18 months from the beginning of the concession.

One year later, the concessionaire requested a change in the project to expand the building into a six-story one. The company would continue to use the ground floor for an industrial purpose, but use the other five storeys for commerce.

This request was approved and the concession was extended for another two years. A further extension was granted in 2008, when the concessionaire requested to change the land plot purpose from industrial to residential.

This time, instead of a six-storey building, the land would be used for a 58-storey residential block with a gross construction area of 113,785 square meters, including housing units, shops and a parking lot.

Still, the concessionaire was never able to complete the project on time and was the only entity responsible for the constant delays and lack of development. The concessionaire justified the delays with reference to “economic crises” and “unfavorable market conditions,” giving rise to the suspicion that there was never any intention to build the industrial unit but, instead, a highly profitable residential building in a privileged location.

With the final ruling from the TUI, the government now has one more land plot at its disposal, closing a judicial case and giving way to the possibility of using the plot to achieve a similar result with others in the same area, including one that has already been used for the construction of the government’s multi-functional building.