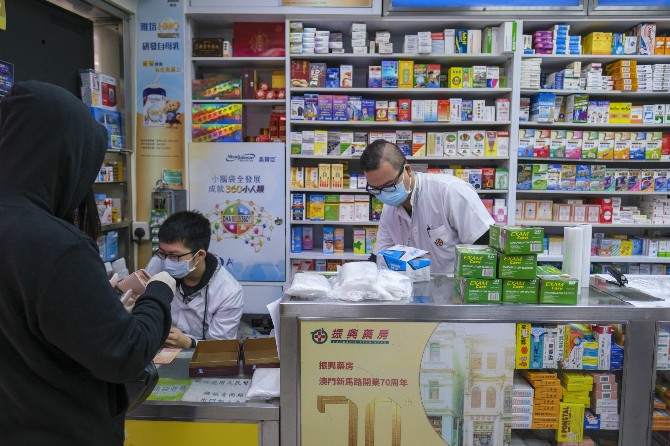 Should Macau residents need a certificate stating they are not infected with Covid-19 for their necessary outbound travel, they will not be able to obtain one from a public medical institution in the SAR, confirmed Lo Iek Long, medical director of the Conde São Januário Hospital (CHCSJ) yesterday.
However, new rules announced this week require all those traveling to Macau – including the city’s own residents – to present a copy of such a certificate. Failure to present one will result them in being denied from boarding the flight to Macau.
The Civil Aviation Authority has coordinated the dissemination of this piece of information to all airlines operating flights to Macau, the Health Bureau (SSM) confirmed.
Indeed, the sudden change of policy has affected at least two people. Both of them are Macau residents currently in Taiwan, where Covid-19 tests are not conducted on request.
The first resident is in need of flying back to Macau for a family member’s funeral. The resident thus contacted the Tourism Crisis Management Office (GGCT) about his or her case. After individual consideration by the SSM, a green light was given to the resident to fly to Macau, on the condition that extra caution should be exercised during the flight.
The second resident is working in Taiwan but with the employment contract ending April 20. He or she is required to leave the island by April 29, believed to be due to visa expiration. The journalist who reported the case yesterday said the resident had contacted the GGCT for assistance but could not get an answer.
Lo reiterated that the measure was implemented with public health concerns in mind. He added that exemptions could be made if a resident’s return is necessary or mandatory, as well as when such a certificate is unobtainable in the place in which they are staying.
The medical director declined to expressly list all criteria for the waiver or exemption, but stressed that all considerations are made on an individual basis.
“We are unlikely to publicize the criteria,” Lo said. “But we won’t hide anything. The main purpose is for public health.”
He also said that all cases will be treated equally, but collective benefits will be prioritized. “It is not a rational action to hurt the interest of the larger population for a single person’s need,” the doctor stated. “After all, so far we have only made one single exemption.”
Once again, the doctor reminded Macau residents to stay in the city and avoid border crossings.
As for the bodies of the deceased, they will be transported to neighboring Zhuhai if they are to be cremated. That is because no such facility exists in Macau. When asked whether concerned family members will obtain waiver on certain public health measures, the SSM and the Public Security Police Force said that Macau residents have complete freedom to exit the territory.
With that said, it is up to Zhuhai to decide what types of measures will be applied to these Macau residents, answered Lo. The CHCSJ medical director added that the local government will communicate with Zhuhai’s authorities with regards to the arrangements.