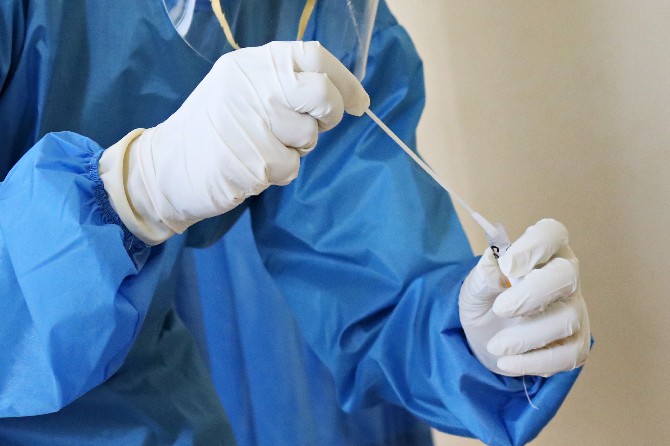 Additional failures in uploading users’ nucleic acid tests (NAT) results to their health codes have been detected, the Novel Coronavirus Response and Coordination Center admitted yesterday in response to a media question.
In the recent case discussed, NAT results were unsuccessfully uploaded by users at sampling stations operated by the Namyue company.
“According to our information, they [Namyue] failed to follow the regular procedure for uploading the results of the tests. [That’s] why there was a problem and they couldn’t upload results to the Health Code system for a certain period,” Doctor Leong Iek Hou admitted. She added that, “after checking, this problem has already been [confirmed as] solved.”
The official noted that the health authorities have “reminded the third-party organization to do well their work.”
When asked if the government is imposing any sanctions on the company for breaching protocol and creating the problem, Leong dodged the question. “This was a systematic error, and not something done on purpose. We are only issuing warnings and keeping them under close watch to ensure that the problem does not reoccur, and that everything goes according to the normal procedure,” she said.
Namyue is responsible for three out of the seven regular NAT sampling stations in Macau — specifically those operating near the border posts of Border Gate, Hengqin Port, and Qingmao Port. Results from them are essential for border-crossing.
As the Times reported late last week, other residents have reported similar situations occurring at other sampling stations, namely at the Macao Forum sampling post, operated by Kuok Kim. Health authorities have refuted the allegations brought to them by the Times at the time, claiming that the fault belonged to users who had made wrong NAT bookings.