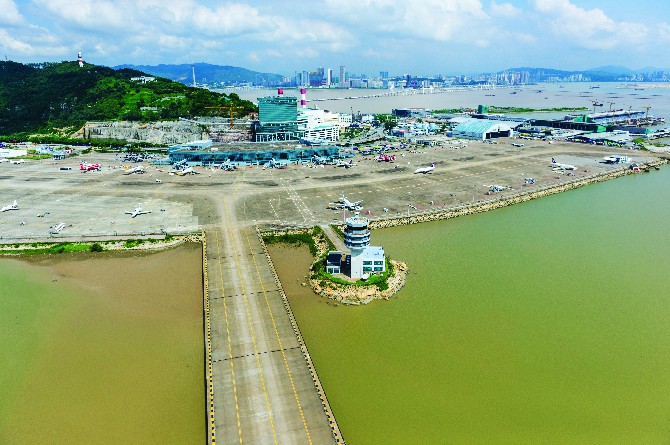 The government confirmed yesterday at the Covid-19 media briefing that now is not the right time for Macau to relax entry regulations for fully vaccinated arrivals, in a bid to best safeguard public health.
The above remarks were made by Leong Iek Hou, coordinator at the Center for Disease Control and Prevention — when asked by the media whether the Macau government considered emulating Hong Kong’s loosened restrictions on entry measures, reducing quarantine days for fully inoculated arrivals from 14 days to seven days.
Macau’s authorities decided to keep the current regime unchanged, after considering the fickle and highly contagious nature of the Delta variant, Leong explained.
“We still don’t know much about the Delta variant, like the efficacy of the vaccine against the Delta variant. And we don’t fully know the odds for a fully vaccinated person to transmit the coronavirus to others,” she emphasized.
The most crucial factor considered, she added, is that Macau’s vaccination rate is still not “high enough” to achieve meaningful herd immunity. Local senior citizens and patients with chronic diseases still have not received any jabs due to their medical conditions.
Given this, reducing the time period of required quarantine days for arrivals may pose a hazard to the community, Leong said.
From June 30 onwards, Hong Kong has truncated the quarantine period from 14 days to seven days for fully vaccinated arrivals coming from high-risk or lower places, provided they can present positive results from a serology antibody test, which is used to show that they carry sufficient antibodies against Covid-19.
Yesterday, Hong Kong’s Chief Executive Carrie Lam announced that the city’s fourth wave of Covid-19 had come to an end, and thus enabled fully inoculated foreigners hailing from medium or lower-risk areas to enter Hong Kong again.
In Macau, all arrivals from foreign countries and regions, not including mainland China, Hong Kong and Taiwan, are still required to observe at least 21-day quarantine and seven-day health self-management — regardless of their inoculation status.
In response to the divergence between entry regulations imposed by the two SARs, Leong said: “Different places have their own considerations [concerning the health regime].”

Avoid Unnecessary Travel
Regarding the Delta-driven resurgence in China, Tai Wa Hou, coordinator of the Health Bureau’s Covid-19 Vaccination Operation, urged the public again to avoid unnecessary travel.
The government has also increased the tracking period of a confirmed case’s whereabouts from two days to four days. The counting will start from the onset of the illness in each case. The extended coverage is intended to better protect local residents.
To further reduce contagion risks, residents with yellow health codes or a fever can enjoy a free Covid-19 test from August 3. A new built-in function will be embedded onto the current online health code registration system for eligible individuals to make appointments.

Low Vaccination Rate
in Senior Citizens
Yesterday also marks the first day for the city’s people aged 60 or above to enjoy a walk-in inoculation service. Around 21 eligible individuals used the exclusive service within the first two hours of it coming into effect.
However, Tai said the vaccination rates among the elderly are still considered unsatisfactory, with only 21% for the elderly aged 60-69, 10% for those aged 70-79, and over 2% for those aged over 80.
In addition, the inoculation rate among civil servants is still not sufficient. Around 42% of them have received vaccinations. Tai voiced the opinion that civil servants have an obligation to get vaccinated. He urged them to not only get a vaccination, but also to promote the service as soon as possible.

Waiting is Inevitable
Some returnees complained they had to endure a 10-hour waiting time upon arrival before being admitted to a quarantine hotel. They also expressed concerns that staying in a closed area for a long stretch with strangers would increase contagion risks.
Leong said the government has constantly been refining arrangements for arrivals, striving to reduce the waiting time as much as possible.
It normally takes five to six hours of waiting for a person to be sent to a hotel after their arrival. However, this time could be longer in some “special cases,” such as a great number of flight passengers arriving at the same time, or if a positive imported case is discovered in the batch.
Leong hopes locals can understand that it requires a certain period of time for officials to conduct and examine nucleic acid tests and serology antibody tests.