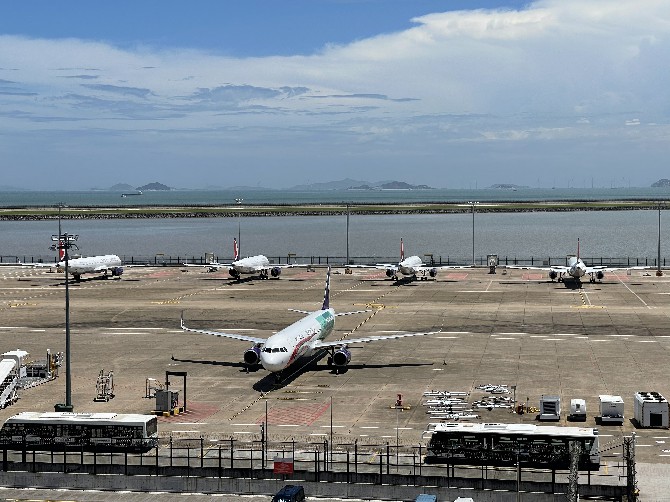 Local experience shows that the recovery period for a Covid-19 patient is usually two months at most, which is the foundation for the new tightened measures for overseas entrants, explained public doctor Leong Iek Hou, coordinator at the Center for Disease Control and Prevention (CDC).
Leong made the explanation at the regular health press briefing yesterday. She was questioned why the health bureau has suddenly required individuals previously diagnosed with Covid-19 elsewhere to possess a certificate of recovery to enter Macau.
Moreover, travelers will not be allowed into Macau unless their first positive nucleic acid test (NAT) results are from at least two months prior to their arrival.
The background for the change, as Leong explained at the briefing, is the announcement on October 7, which requires local residents arriving from overseas countries to be fully vaccinated. Non-residents who have been to these countries within the 21 days preceding their arrivals are barred from entering Macau.
Leong explained that many of those who intended to enter Macau from these countries could not present the certificate “because they had been infected by the coronavirus,” thus more rigid documented proofs are required, the public health doctor explained.
“Therefore, we require [entrants] to hold a certificate indicating their infections were from [at least] two months before their arrivals and their recovery [from the disease],” she explained, stressing that the two-month period is counted from the first positive NAT result or onset of the disease.
Moreover, the new requirement is set “so that the possibility of these individuals infecting others during their flights can be lowered,” said Leong.
She was also challenged why these individuals still need to undergo a long quarantine period upon arrival in Macau.
In response, she noted that it is a unitary measure for all entrants from locations with a higher risk. “They all need to undergo quarantine regardless of their vaccination or previous diagnoses,” she added.
On the matter of Kuok Kim – a third-party nucleic acid test provider – delaying the uploading of NAT results, Leong revealed that the report has been received. Kuok Kim has agreed to buy extra equipment so that if similar incidents happen in the future, it will have auxiliary equipment to run the tests.
The official said that she had to revisit the provisions of the service contract to determine if a fine might be issued to Kuok Kim, but she believed that the terms and conditions would permit it.

Discussion on NAT extension ongoing
The government has been hinting at the possible extension of the NAT validity period for individuals crossing the border who have been fully vaccinated against Covid-19 for months, yet no news has been heard so far.
Yesterday, Leong was asked about the progress once again. She reiterated that the government has been in negotiations with its mainland counterpart. “But we can all see that the disease has recently seen a relapse on the Mainland, so we decided to take a vigilant attitude,” Leong explained.
However, she stressed that negotiations are still taking place and hoped that there is good news soon.

Quarantine arrangements based on SSM evaluation

Asked to confirm whether the Treasure Hotel would be used to quarantine entrants from high-risk regions, Liz Lam Tong Hou, head of Public Relations Division of the Macao Government Tourism Office, said that any arrangement would be based on the evaluation of the Health Bureau.
The hotel has not been used for quarantine after the last outbreak that was reported to have started inside.
Lam stressed that cleaning and sanitization have been conducted under the supervision of the health authorities. Currently, some internal repairs are being done.
In addition, Leong explained that the health authorities make arrangements based on the risks faced by the city. She admitted that entrants were assigned to different hotels in relation to their potential risks and the convenience of the health authorities.
She said that announcement will be made when it is ready.
In an e-mail reply to the Times, the bureau clarified that “MGTO has discussed with all medical observation hotels about the streamlining of operating procedures required by the health authorities and possible future arrangements, but any changes will be subject to professional assessment by the health authorities.”