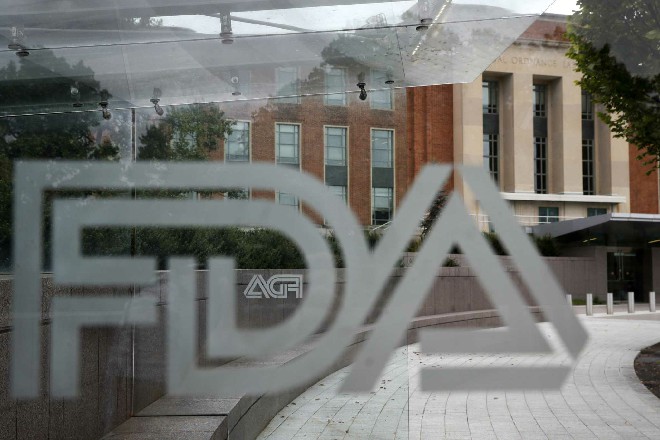 The White House has blocked new Food and Drug Administration guidelines on bringing potential vaccines for COVID-19 to market that would almost certainly have prevented their introduction before the Nov. 3 election.
At issue was the FDA’s planned instruction that vaccine developers follow patients enrolled in their trials for at least two months to rule out safety issues before seeking emergency approval from the agency. A senior administration confirmed the move Monday evening, saying the White House believed there was “no clinical or medical reason” for the additional requirement.
The White House action was first reported by The New York Times.
The intervention by Trump officials is the latest example of the administration undercutting its own medical experts working to combat the pandemic that has killed more than 210,000 Americans. FDA Commissioner Stephen Hahn has been attempting to shore up public confidence in the FDA’s vaccine review for weeks, vowing that career scientists, not politicians, will decide if the shots are safe and effective for mass vaccination.
But President Donald Trump has repeatedly insisted that a vaccine could be authorized before Election Day, even though top government scientists working on the administration’s vaccine effort have stated that that timeline is very unlikely.
Last week seven former FDA commissioners blasted the administration for “undermining the credibility” of the FDA in a Washington Post op-ed and called for the release of the pending vaccine guidelines. The former FDA chiefs warned that public perceptions that a vaccine was rushed out for political reasons could derail efforts to vaccinate millions of Americans.
Beyond the damaging optics of overruling its own FDA, the practical impact of the White House move to block the guidelines could be relatively small.
Only one drugmaker, Pfizer, has suggested it could have data on the safety and effectiveness of its vaccine before Election Day. And a number of variables would still have to align for the company to submit, and the FDA to review and approve, a vaccine application before Nov. 3. Pfizer’s competitors Moderna, AstraZeneca and Johnson & Johnson are working on longer researcher timelines.
Additionally, FDA scientists have been discussing the contents of the guidelines publicly for weeks and have made clear that the recommendations have already been shared with each of the vaccine developers.
Dr. Peter Marks, the head of FDA’s vaccine division, said, releasing the guidelines was “an attempt to help the public see what we’re requiring of COVID-19 vaccines.” He added that the guidelines would explain that all upcoming vaccines would be reviewed by FDA’s independent panel of vaccine advisers, before the agency makes its own final decision.
Marks explained yesterday [Macau time] that the two months of safety follow-up for vaccines is important because the most serious side effects connected with shots often occur in the first several weeks after vaccination.
“The safety profile of a vaccine that’s going to be used in millions of people has to be incredibly clean,” Marks said in an online discussion with the Journal of American Medical Association.
When asked about the potential timing for a first vaccine, Marks said an emergency authorization could come “before the end of the year.”
The guidelines blocked by the White House are a type of nonbinding document that the FDA routinely uses to advise companies on research and regulatory standards for medical products. MDT/AP