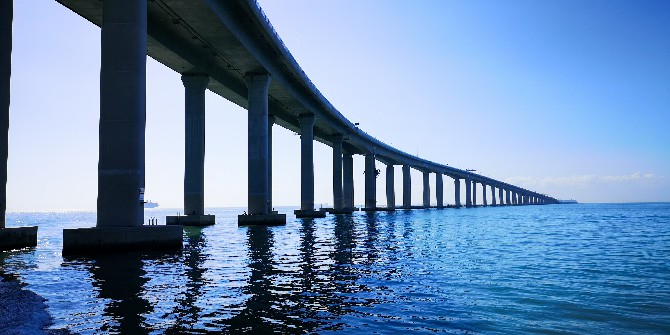 Given a new covid-19 case reported in Zhuhai yesterday, the contagion risk for Macau is bound to be higher, with new local cases likely to pop up in Macau anytime, Tai Wa Hou, coordinator of the Health Bureau’s Covid-19 Vaccination Operation, warned yesterday.
The government convened an impromptu media briefing yesterday to announce a string of anti-pandemic measures in response to the new case in the neighboring city.
Alvis Lo, director of the Health Bureau (SSM), urged Macau residents to get vaccinated as soon as possible, as this is the only way to help safeguard residents and public health.
The newly confirmed case in Zhuhai is an asymptomatic 29-year-old man who returned to Zhuhai International Airport from Nanjing Lukou International Airport on July 19 via flight CZ5846.
The patient undertook several activities in the Zhuhai community from July 19 to 21 and observed quarantine from July 21. He tested negative for his first four tests, but then tested positive on July 25.
Following his positive result, yesterday, the Zhuhai municipal government designated Xiangzhou District an isolated zone and mandated compulsory Covid-19 testing for all residents within the area by July 27.
The locations the patient had visited between July 19 and 21, such as Everbright International Trade Center, the Greenery Hotel, and some eateries, are listed as isolated zones, and people are banned from leaving the area for what appears to be the next 14 days.
Considering Zhuhai’s close proximity to Macau, the Macau government urged all residents, especially cross-border commuters residing in Zhuhai and Zhongshan, to pay more heed to personal hygiene, and strictly comply with anti-pandemic measures.
Those who attended the same locations as the patient should immediately report themselves to the government by email or phone. The SSM will arrange three nucleic acid tests for each affected person in the coming seven days — one test each day across a total of three days — for free.
Fewer than 10 people so far have declared to the government that they had visited these places in Zhuhai.

Forced quarantine for arrivals from Nanjing
On July 22, an asymptomatic Covid-19 case who also returned from Nanjing Lukou International Airport was reported in Zhongshan.
The two recently reported cases in Zhuhai and Zhongshan shared the same travel history in Nanjing, which are signs that the pandemic has been spreading from Nanjing airport to other provinces.
Given that, the Macau government requires all people who have been to Nanjing Lukou International Airport from July 14 onwards to undergo mandatory quarantine until 14 days after their departure from the airport. Preliminary data suggests that over 100 residents will be subject to such a requirement.
The government obtained the contact information of these individuals based on the health code declaration system and flight schedules, Lo confirmed, adding that authorities would contact them promptly. The persons concerned were required to report to the testing station at Pac On Ferry Terminal by 11 p.m. yesterday.
In the press conference yesterday, some media outlets have cast doubt on current measures, commenting that these measures are too lenient and passive when it comes to containing “higher” Covid-19 risks. They also asked why the government does not shorten the validity period of Covid-19 tests for arrivals from these areas.
In response to such questions, Lo explained that all anti-pandemic measures have to be implemented “appropriately” to strike a balance between current contagion risks and currently implemented policies.
He would not rule out any possibility of shortening the validity period for the Covid-19 test, and noted this measure will be enacted if it is deemed appropriate.
In addition, from July 27, arrivals from Taiwan will only need to undergo 21-day medical observation upon arrival and no longer be required to observe seven-day self-health management.