Craig Samborski is the President of event production company Draw Events, and has produced concerts and festivals in the U.S. and Canada since 1992.
Last year, Samborski held an exhibit in Philadelphia of the giant duck – the one currently cruising near the Science Center – about a year after it was shown in a separate Los Angeles event, also organized by Samborski.
The event producer came under fire from Dutch artist Florentijn Hofman, who to this day claims that Samborski is not authorized to show the duck without his permission and that he had stolen the construction plans for the artwork.
As per the artist’s demand, the duck must be constructed locally prior to exhibition. In other words, Hofman does not provide the artwork for exhibition.
Samborski, who objects to these accusations, explained in an email interview what it was like to work with Hofman.

Macau Daily Times (MDT) – You have an interesting story about negotiating with Hofman about bringing the inflatable duck to your first show in Los Angeles. What happened?
Craig Samborski (CS) – In Los Angeles, where we debuted our duck the year before our Philadelphia exhibit, a former colleague did most of the negotiations with Hofman and his wife, Kim, did most of the communication on his behalf.
Dealing with Hofman and his wife was confusing and frustrating, perhaps partially because of the language barrier. It became very evident after we received the “plans” from him that something was wrong.
He was contracted to produce “technical plans” to build an 18-meter tall duck, but he sent us plans for a 12-meter duck. When confronted with this, he told us to have the companies building the duck and pontoon to simply do the math on the pieces [in order] to scale it up to 18 meters.
That might sound simple, but it was far from it. Both companies refused to build from his plans because they were not really technical plans to build the duck, but more like clues. The companies wanted engineering drawings that would conform to safety and structural standards. By the time of the Philadelphia show, I was already done with Hofman.

MDT – You previously described what Hofman sent you as a “sketch,” but what had he promised you?
CS – He promised us technical plans, which we were led to believe would include the complete instructions for building the duck. But they did not.
When asked to provide technical plans for the [contracted] 18-meter duck and not the 12-meter duck, Hofman asked for an additional 7,500 euros [MOP67,000].
[Instead of paying this sum] each of the companies working on the duck were contracted to create their own plans to conform with the size we needed, and both the duck and pontoon were built to engineering safety standards.
Once we realized that we had to come up with our own plan, it took about six weeks to get the duck built. In reality, once we realized Hofman would be of no assistance and we moved on without him, the project became much easier. 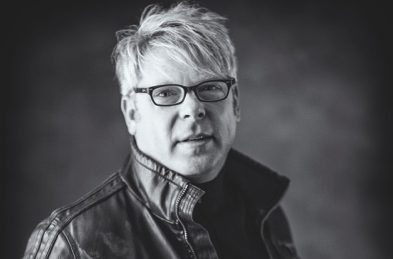 MDT – What happened when you wanted to re-exhibit the duck and how did Hofman respond?
CS – Hofman claimed that he had a copyright over the duck and that there was an agreement with us to never show the duck again [after Los Angeles] without paying him an additional licensing fee; I believe he was seeking 50,000 euros [about MOP447,000] for each re-display.
However, once we realized that the plans were not really plans, and [given that he was now] seeking additional sums from us, I moved forward on my own and considered the agreement with him breached due to lack of performance. He has spoken out in the media a couple of times about this, but behind the scenes, he refused to provide any sort of legal copyright documents.

MDT – What do you think of the copyright claim that Hoffman has put forward? Is the claim justified?
CS – He has never actually asserted a copyright claim legally as far as I know, just in the media and via threats. My intellectual property attorney has researched this and there is no copyright or trademark owned by Hofman, at least in the United States. Hofman was confronted about this twice in writing from us and has failed to produce any documentation or even to respond to our letters.

MDT – There were doubts over whether the duck was really worth the alleged USD20,000 (MOP160,000) for its visit to Pittsburgh. Can you disclose how much you paid for the exhibit?
CS – Another matter of frustration for me. At about the same time that I was discovering what Hofman’s actual drawings were, we found out how much Pittsburgh paid him. I had heard USD25,000 for the licensing fee, but USD20,000 could be right.  Then, from me, Hofman was asking for 100,000 euros [MOP895,000]. Yet another slap in the face from Hofman, [as I discovered that] they were the same plans he had sent Pittsburgh: plans for a 12-meter duck. Keep in mind, this is just the cost for his plans, you still have to pay to build the duck, which I can say is more than six figures.
Ultimately, we abandoned Hofman and his plans and got this duck built. However, when he received the 50,000 euros from us, he expected another 50,000 euros [as well as] 60 percent of the sales from the little rubber ducks we sold as souvenirs, for which we paid and procured.
I am guessing that the vast majority of the amount that was paid in Macau went to Hofman.

MDT – According to the organizers of the exhibit in Macau, it did. Do you think it was worth the money?
CS – Paying Hofman for the plans was not worth it. It was the most disheartening experience I have had professionally.  I am very happy about the project as a whole. The duck is a great attraction and truly brings happiness to many, many people, which makes me very happy.
I was stunned when I did the currency conversion to see how much Macau paid for the duck. All in all, my duck cost less than one-third of that amount. Based on the fee difference between Pittsburgh, myself and what Macau paid, there is a serious question about what Hofman is paid for. Had I known Macau was interested in the duck, I would have happily brought my duck there for just a fraction of what Macau had to pay.