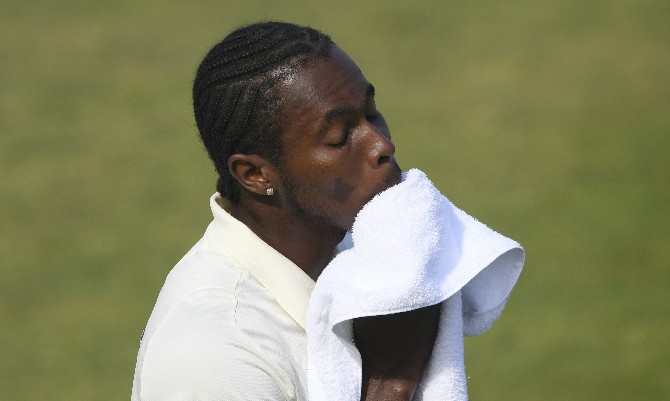 England fast bowler Jofra Archer was excluded from the second test against the West Indies hours before the start of the match yesterday for breaching strict isolation protocols put in place to enable the return of international cricket.
The Barbados-born paceman said he was “extremely sorry” for going to his home on Monday as the England squad transferred from the south-coast city of Southampton, the location of the first test, to the northern city of Manchester, where the second test is being played.
“I have put not only myself but the whole team and management in danger,” Archer said. “I fully accept the consequences of my actions, and I want to sincerely apologize to everyone in the bio-secure bubble.”
Archer will now start five days of isolation and will undergo two tests for COVID-19 during this period. Archer has to test negative before his self-isolation period is lifted.
The third and final test, also being played in Manchester, begins on July 24.
England said the West Indies were satisfied with the measures imposed on Archer. The teams are playing in isolated environments this series because of the coronavirus pandemic and players have been given strict orders to follow so they don’t leave the bubble. AP