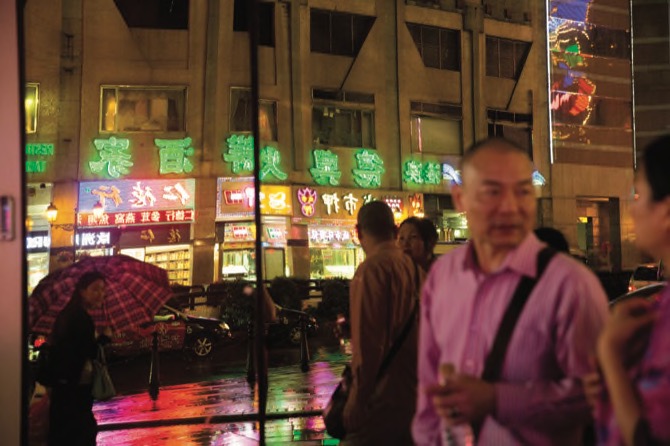 A 32-year-old mainland man has been accused of document forgery in a case that the Public Security Police Force (PSP) received in the form of a complaint from an anonymous woman, PSP spokesperson Cheong Heon Fan informed yesterday at a joint press conference held at the Judiciary Police (PJ) headquarters.

The case began with a complaint from an anonymous source, who told the PSP that a certain man had bought a quota for a non-resident worker (a blue card) from a local restaurant, where he had never in fact worked. The man had been using the document to easily enter and exit Macau for gambling purposes.

After an investigation and several attempts to find the man, the PSP finally located him at the restaurant last Saturday.

When taken for questioning, the man confessed to having acquired the document via the restaurant for gambling purposes, in order to avoid the process of an individual visa (and its limitations) every time he wanted to enter Macau to play in the local casinos.

He said to police that he had paid RMB20,000 for the processing of the document.

The PSP have already forwarded the case to the Public Prosecutions Office (MP) on charges of document forgery. No information was disclosed on whether the authorities are doing their due diligence in order to seek accountability from the establishment owners.

In a separate case, a local 22-year-old man who works as a cook in a restaurant has been accused of performing a series of thefts at a car park in the Fai Chi Kei area.

According to PSP spokesperson Cheong, the man had knowledge of a common procedure among several taxi drivers who would park their cars in a certain parking lot while changing the driver’s shift, leaving the cars unlocked.

He made use of the knowledge last Saturday at around 10:15 a.m., entering the car park and checking which taxis were open one by one, searching the cars’ interiors for cash and valuables.

According to the police report, the man stole at least MOP230 and HKD400 in cash from several vehicles, money he was said to have spent immediately thereafter.

He was presented to the MP for theft yesterday.

FINDERS, (SHOULD NOT BE) KEEPERS

A 33-year-old mainland man wanted by local authorities was caught by the PSP reentering Macau at the Border Gate on Sunday at around 4 p.m.

The man is wanted for appropriation, in respect of finding goods in a case that goes back to January 31, when the suspect, after having a meal at a restaurant located inside a Cotai casino, noticed that a red bag had been left behind by customers seated at a table next to him.

According to the PSP spokesperson, the man decided to take the bag and left Macau almost immediately.

After being questioned by the police force, the man admitted to the crime, explaining that he took the bag and then emptied the cash from inside (HKD4,000 and RMB200) before returning to the mainland.

As for the bag and its contents, he is said to have dumped it in a garbage bin.

He was presented to the MP on the charges of appropriation yesterday.