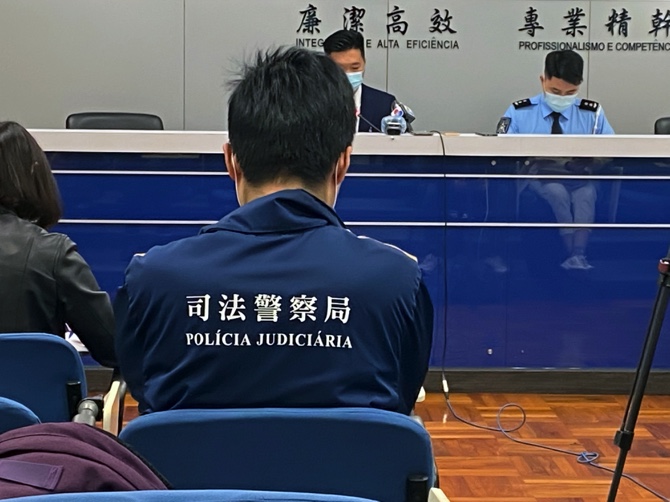 The Judiciary Police (PJ) have detained a 33-year-old man, a non-resident worker in the civil construction sector, for having made a false criminal accusation, a PJ spokesperson announced yesterday.

The case goes back to last Friday (January 7), when the man reported to the PJ that, after performing a currency exchange deal in Cotai on January 3, he had been approached by two police officers in uniform that stopped him and took 40,000 patacas he had on his person, claiming the money had been seized as part of an anti-crime operation.

The man also said that after the event he had gone to a police station asking about the operation, but that the Public Security Police Force (PSP) had informed him that this type of operation did not exist.

Investigating his report, the PJ learned that the man was lying to police and had given false testimony about events that had never actually occurred.

He admitted to PJ investigators that his family back in the mainland had requested that he send this amount, but since he did not have any money because he had gambled it away in the casino, he decided to attempt this play.

He will now be prosecuted for having made false declarations to the police and having reported a false criminal accusation.