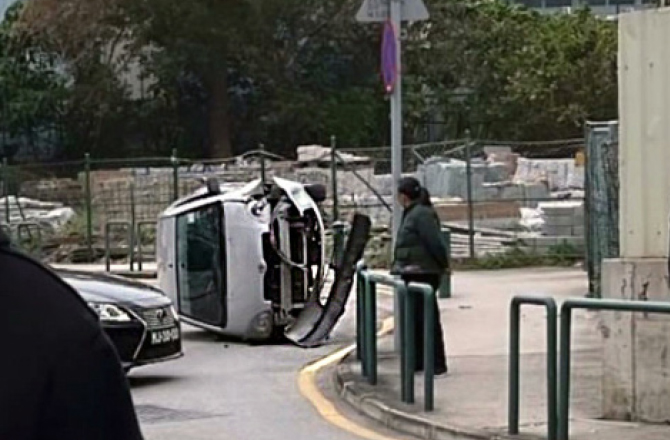 A 50-year-old local woman who works as a casino supervisor is being accused of attempting to protect her 18-year-old son from liability for a traffic accident, the Public Security Police Force (PSP) stated on Monday.

According to the police report, the woman visited the Taipa police station 30 minutes after an accident at Rua dos Açores in Taipa around 4 p.m. on January 13. She claimed that she was the driver in that accident.

The PSP had been alerted to the traffic accident by a witness a few minutes earlier who called the emergency hotline 999. Upon arriving at the scene, the officers found the vehicle abandoned.

The witness told the police that when they passed through that area, they saw the car flip and observed a man crawling out of it. The man then disappeared.

Questioned by the police, the woman delivered inconsistent testimony and was unable to explain how or why the accident occurred. According to the police, she provided vague and contradictory information.

A few minutes later, her son also showed up at the police station and was heard by the PSP. He initially refused to admit that he was the driver in the accident. Upon further interrogation and receiving warnings about the consequences of making false declarations to the police, the woman admitted that the car belonged to her but it was her son who drove it that day.

The woman provided new testimony, stating that she had asked her son to assist her with selling the car. However, the son had driven the car to an undisclosed location for a reason that was also undisclosed. As the son did not possess a valid driver’s license, he fled the scene after the accident. The mother attested that she had attempted to cover up the fact that her son was the driver by taking the blame herself for the same reason.

According to information from the PSP spokesperson, both the mother and son are being charged in this case. While the son is being charged for driving while unqualified and abandoning the scene of an accident, the woman is being charged under the provision Article 331 of the Macau Penal Code.