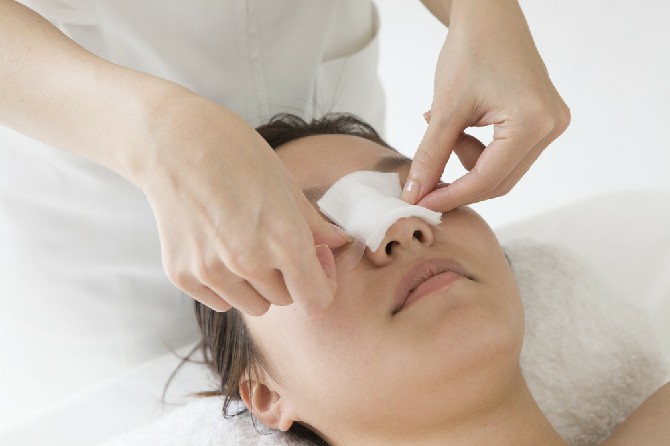 A woman has been arrested by the Judiciary Police (PJ) for performing beauty treatments and surgery without a license, the authority announced at yesterday’s regular press briefing.
The suspect, a 38-year-old woman from Vietnam overstaying her visa, surnamed Nguyen, was reported anonymously on August 29 by an individual who saw video clips on Douyin, the mainland Chinese parent app of TikTok, and Facebook, of her practicing such services, including administering injections and blepharoplasty (double eyelid surgery).
From the video clips, the PJ managed to confirm the identity and residential address of the suspect. They also obtained confirmation from the Health Bureau (SSM) that the woman in the video clips was not licensed to offer medical services in Macau.
On October 15, the PJ deployed inspectors to the residential address of the suspect for investigation. The investigation also involved the judicial branch and the SSM.
The suspect was intercepted during the investigation. A large amount of medicine and plastic surgery tools were found at her address.
Preliminary statements revealed that the suspect came to Macau to work as a domestic helper in March 2020. Her contract was not renewed by her then employer. At the time, she was also involved in forgery of a document.
In fear of being deported to Vietnam, she started hiding in the apartment on Avenida de Horte e Costa and began her “career” to support her life in the city.
The monthly rent for the apartment was MOP7,500.
According to her statement, she learned plastic surgery skills in South Korea. She confessed that she had been performing beauty injections and surgery in the apartment. The tools and medicines were brought into Macau from Vietnam.
She also confessed to marketing her business on the two aforementioned social media platforms. However, no record of her clients was kept.
Prices for the services provided ranged from several tens of patacas to slightly more than a hundred. Money collected so far has been spent on daily necessities, the suspect told the police.
For the time being, the police believe she has had about 50 clients, although no client record has been found.
The PJ emphasized that the investigation is still ongoing and the SSM will take part in the investigation as well.
The PJ reminds residents to be aware of unlicensed plastic surgery or medical beauty services and says the public should report any suspicious operators to the authority.

Smuggled-in dad housed by his TNR son
A father who entered Macau illegally and the son he stayed with have both been apprehended by the Public Security Police Force (PSP) for separate crimes, the police force announced yesterday.
Three months ago, the father arrived in Macau through illicit channels out of the desire to gamble. However, he was not admitted by any casino because he could not obtain a valid health code.
Surnamed Yu, the 53-year-old father entered Macau from the Mainland on a boat operated by smugglers, at the cost of RMB10,000. Without any legal ability to rent hotel accommodation, he decided to stay at his son’s place.
His son works in Macau as a construction worker. He does not have a driving license but managed to get a motorbike.
At 9 a.m. on October 14, the father rode his son’s bike around the city on a joyride. On Estrada da Areia Preta, he changed lanes by crossing a double white line, which is against the law.
Nearby PSP officers saw the breach and intercepted the father, who has no driving license nor any other identity document. He was therefore taken to the police station, where he admitted to entering illegally.
The police also found a record of him entering Macau illegally in 2011.
Apart from accommodating an overstaying individual, the son was discovered to have produced fraudulent personal information to the police in 2017 during the investigation of an unlicensed driving case.
He confessed to the police that his friend told him to do so in order to avoid being tracked by the authority.