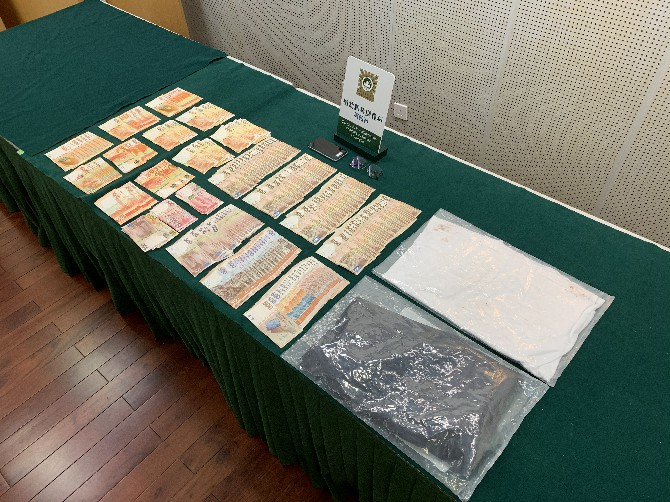 Police authorities have arrested the suspect of a stabbing and robbery case that took place in a hotel guestroom in Rua de Cantão in Zape.
Information released by the Public Security Police Force (PSP) points to the Hotel Fortuna as the site of the crime.
At about 4 p.m. on Wednesday, the Judiciary Police (PJ) was notified by the PSP about the case that involved HKD183,000.
At 2 p.m. that day, the suspect, surnamed Zhu and in his 30s, requested that the victim, a woman, exchange HKD200,000 in the hotel room. The hotel room was rented under the victim’s name because the suspect was overstaying his permit.
When the victim responded to the suspect that she only had approximately HKD180,000 in cash, the suspect agreed to the deal and asked that the transaction be conducted in the hotel room.
Upon arriving at the hotel room, the suspect used a knife to threaten the victim, who immediately screamed for help. Zhu then stabbed the woman’s left thigh, leaving a wound about 4cm long. Zhu then fled from the room. 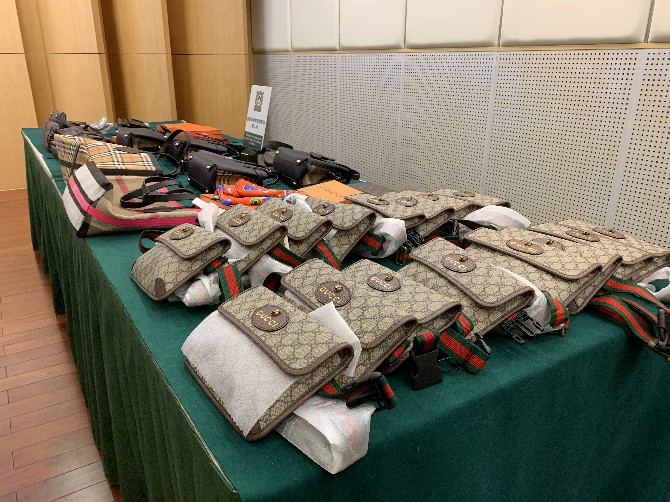 The PJ deployed more than 20 investigators and intercepted the suspect in Taipa at around 6 p.m. that evening. The money was retrieved from the man.
Zhu denied the allegations, claiming that the money was given to him by the woman for safekeeping.
In a separate case, at around 1 p.m. on November 17, the PJ received a report from the victim, a businessman surnamed Fu in his 40s, about the loss of his premium merchandise, such as handbags and a wallet, which he stored at a storage facility in an industrial building. The victim told the police that he put the merchandise into storage the day before.
The next day, when he returned to the storage facility at about noon, he discovered that the door to his storage space had been opened and the merchandise was nowhere to be found.
After reviewing surveillance camera footage from the storage facility, the police found that, at 9:30 p.m. on November 17, three men made their way to the facility and according to the police, pretended to retrieve their belongings.
Police disclosed that the three men later moved into the victim’s storage space, damaged the surveillance camera system and took all the merchandise to a residential unit on the Macau Peninsula.