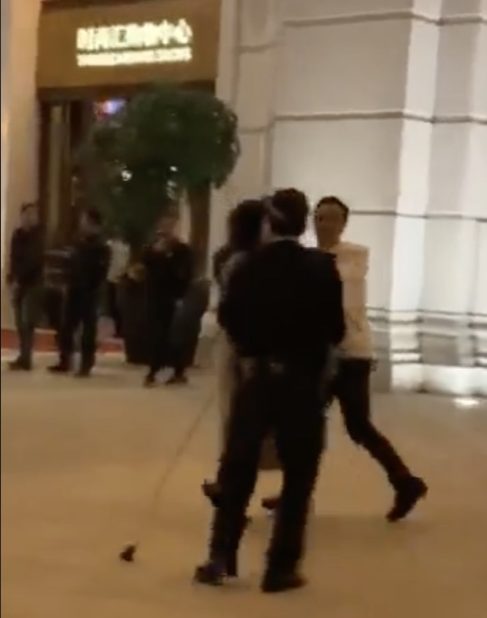 The suspect who attacked a policeman at the entrance of Galaxy Hotel after being told that smoking was not allowed in the premises, remains in custody.

Late last week, a police officer was assaulted on duty after firing a warning shot into the air to warn the alleged attackers.

In a viral video shared on social media, three men were behaving aggressively when approached by a police officer, who informed them that smoking was illegal on the site under the new smoking ban, which was implemented on January 1.

However, one of them attacked the police officer – who sustained minor injuries.

The video showed that the officer used a baton to intimidate the men to retreat before firing a shot in the air.

One suspect, surnamed Lui, currently remains in custody, while the other two suspects, Li and Ye, were released on a MOP50,000 bail.

The Public Prosecutions Office said that Liu’s detention is intended to prevent him from escaping and continuing to disrupt social order.

The Health Services issued a statement yesterday reaffirming that the incident which made a policeman fire a shot into the air would not be tolerated.

“The Health Services repudiate all acts of violence and reaffirm that this type of behavior would not be tolerated,” the bureau said in a statement.

Health Services reminded smokers not to smoke in forbidden places and cooperate with authorities on smoking control. 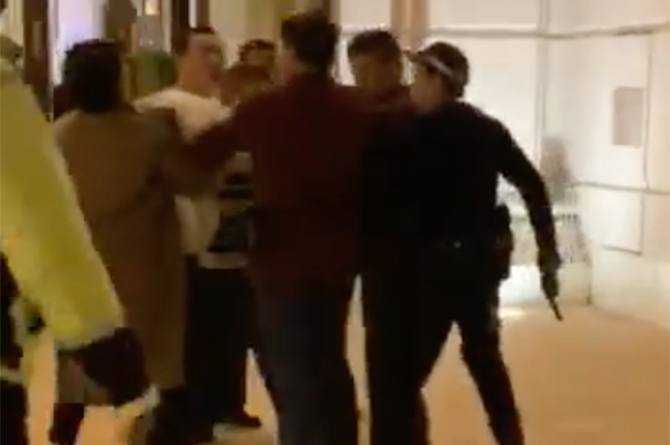 The SAR implemented a smoking ban in integrated resorts from January 1, and smokers found smoking in casinos outside of designated areas may be fined up to MOP200,000.

With regard to the infractions of the Tobacco Law detected in the casinos between 4 p.m. on January 3 and 4 p.m. on January 4, the Health Service inspectors, together with the Personnel of the Inspection and Coordination Department of Games, carried out 16 inspections of casinos.

In this context, four offenses committed by individuals smoking in casinos, all of whom were tourists, were detected, during which all the enforcement agents cooperated during all enforcementprocedures.