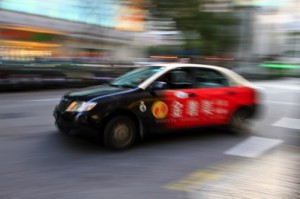 A taxi driver has been detained after he allegedly stole the luggage of a mainland female tourist last Saturday.
Police information suggests that the victim took the taxi to Sands Macau. When the vehicle arrived at the destination, the victim attempted to retrieve her luggage from the trunk, but the driver allegedly drove away before she could reach it.
The woman then reported the incident to the police and claimed that the luggage contained HKD300,000 and RMB40,000 (approximately MOP360,000 in total).
After investigating the claim, the Public Security Police (PSP) found the taxi near Red Market and summoned the driver. Allegedly, when the driver arrived at the scene, he first claimed that he had to add water to the car battery and then acted surprised when he found the luggage in the trunk.
PSP officers found his explanation suspicious. They believe that there were signs showing that the driver deliberately took the cases.
Therefore, the authorities have detained him and will hand him over to the Public Prosecutions Office.