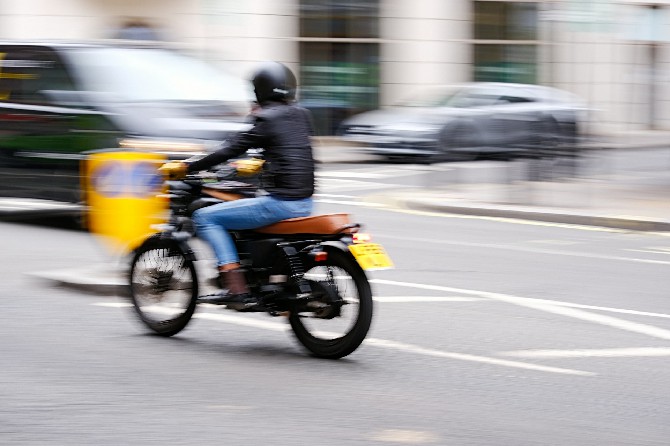 A young man was apprehended by the Public Security Police Force (PSP) for driving during a suspension, the PSP announced yesterday.
The case was uncovered by accident on July 30 when the reportedly self-employed man, who is a motorcyclist in his 20s, made a turnback at a no-turning zone in Fai Chi Kei. His action was spotted by police officers patrolling nearby.
As a result, the officers intercepted the motorcyclist, intending to warn him about the violation they witnessed.
However, when the officers asked for the motorcyclist’s license and insurance policy receipt, he could not provide either of them.
The officers checked with the control center and were told that the motorcyclist’s license was suspended by a court for seven months, from March this year.
He was immediately apprehended by the officers. Charges of driving during suspension and aggravated disobedience were pressed against him.
In another traffic case, the PSP arrested a married couple for scapegoating in a traffic accident.
The husband is in his 30s, from Brazil, and works in a hotel. The wife is of a similar age and works in the government.
Early last Thursday morning, the PSP received a report of a suspected car crash from an eatery in Taipa. Workers in the eatery told police that they heard a sudden loud bang outside their workplace. They went outside and saw a car that appeared to have crashed into the car parked in front of the eatery. The car left the scene but the workers remembered the plate number.
Approximately 10 minutes later, the PSP received another report that a crashed car was on fire in Coloane. Officers attending the Coloane scene cross-referenced the plate number and confirmed that it was the same car involved the Taipa crash.
Police officers in Coloane believed they smelled alcohol on the Brazilian national, who told the police that his wife was driving the car. The wife confirmed this.
However, the story did not seem to be true, as firefighters said the wife was not at the scene when they arrived.
After being repeatedly warned by the police, the couple admitted to lying. The man admitted to drinking at the dinner he had in Taipa earlier. However, he could not remember whether he had been in another crash prior to the Coloane accident.
They were both apprehended and charges were pressed against them.
In two separate phone scams revealed by the Judiciary Police (PJ), two victims lost a total of 39,000 Chinese yuan to scammers who impersonated mainland police. They told the victims that a son and a good friend were separately apprehended for paying for sex in China. The scammers asked for money to release the “suspects.”
The victims transferred the money in line with the scammers’ instructions, but the scammers immediately disappeared after the transfers went through. The victims then realized they had been scammed as they called their son and friend and found them completely safe. Investigations are still in action.