Cycling | Remaining Tour riders cleared of virus but not director 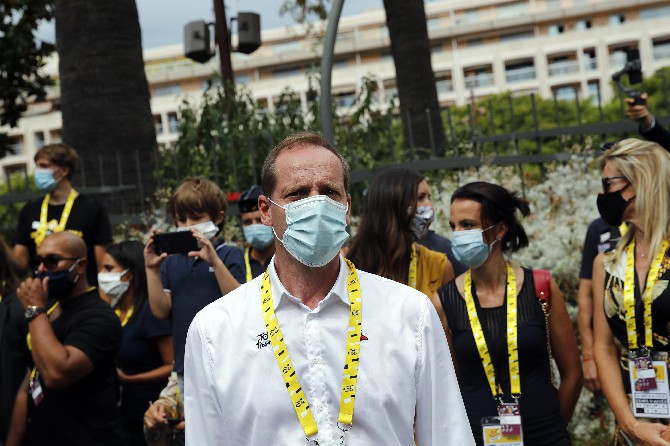 The remaining Tour de France riders were cleared to continue racing ahead of the Stage 10 after undergoing COVID-19 tests, but the Tour director tested positive and left the race.
Less than two hours before the stage started, Tour organizers and cycling governing body the UCI said all of the riders’ tests performed over the past two days returned negative. However, they announced that director Christian Prudhomme tested positive along with four staff members from four different teams who have been dropped from the race bubble.
Under the race’s health protocols, anyone who tests positive has to leave the race and any team with two or more positive tests — either rider or staff — within seven days also has to abandon.
Prudhomme’s positive test might have an impact on French political affairs as it came only days after he spent two hours in his car following a stage in the Pyrenees in the company of Prime Minister Jean Castex. MDT/AP