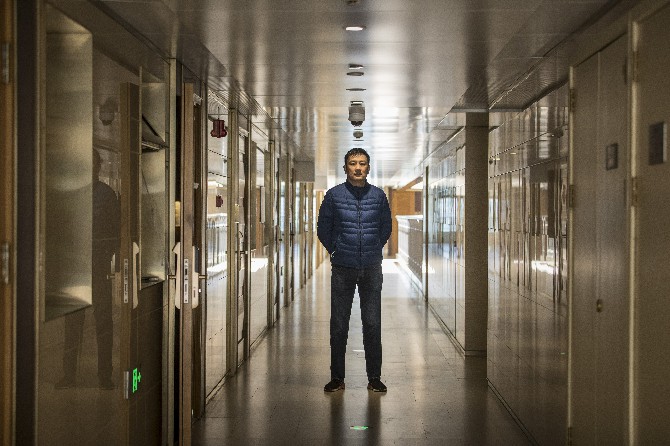 U.S. citizen Daniel Hsu poses for a portrait near his apartment in Shanghai in April last year