This Day in History | 1952 – US Immigration slams door on Chaplin 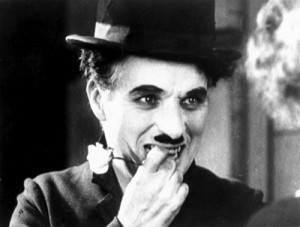 The United States is to prevent the film legend, Charlie Chaplin, from returning to his Hollywood home until he has been investigated by the Immigration Services.
The Attorney-General, Thomas McGranery, has ordered the Immigration Service to hold Mr Chaplin “for hearings” if he returns to the United States, despite issuing him with a re-entry permit only a few months ago. He gave no reason for his instructions.
Mr Chaplin is currently sailing to England on board the Queen Elizabeth with his wife and four children. His friend, the writer Harry Crocker, who is travelling with the family, said Mr Chaplin would probably talk to his lawyers before making any comment. He added that Mr Chaplin intends to return to the US in about six months.
Mr Chaplin is still a British citizen, despite living in America for almost 40 years, and has no automatic right to re-enter the country. Under US law, grounds for denying a foreigner admission include “moral turpitude” and “political affiliations”.
Charlie Chaplin has been under severe pressure in the US over accusations from Senator Joseph McCarthy and the House Un-American Activities Committee that he is associated with left-wing causes.
Mr Chaplin has been on the FBI’s Security Index since 1948, and he was one of over 300 people blacklisted by Hollywood film studios and unable to work after he refused to cooperate when he appeared before the Committee.
When questioned about his membership of the Communist Party, Mr Chaplin answered, “I do not want to create any revolution, all I want to do is create a few more films. “I might amuse people. I hope so.”
He has also been attacked over his colorful private life: he has married four times, twice to girls of 16, and in 1943 was the subject of a paternity suit which he fought and lost. Mr Chaplin’s lawyer in Hollywood, Lloyd Wright, said the re-entry permit was valid for a year.
“The immigration was so nice about issuing Chaplin his permit and even told him to hurry back,” he said. “Now the minute he gets on the high seas this comes up.”

When Charlie Chaplin arrived in the UK, he quickly realized it would be impossible for him to return to the United States.
He turned against his erstwhile home, saying, “I would not go back there even if Jesus Christ was the president.”
After the highly successful premiere of his film, “Limelight”, in London, he settled in Vevey, in Switzerland, where he lived until his death in 1977.
He continued to make films, although public opinion in the US had turned so strongly against him that his first European film, “A King in New York”, was not released in America for 16 years.
He did return to the United States one more time, in 1972, when his talent was finally recognized and he was awarded a Special Academy Award.
Three years later, he received a knighthood from the Queen.
After his death, Charlie Chaplin’s body was stolen from his grave and was missing for 11 weeks, until it was recovered in May 1978.
Two men were convicted of the theft and for trying to extort money from the Chaplin family.