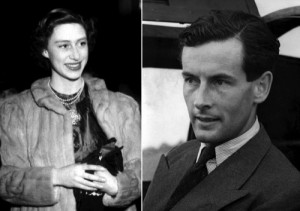 Princess Margaret has called off her plans to marry divorced Group Captain Peter Townsend.
The news was broadcast on the radio this evening. The BBC’s John Snagge interrupted normal programming to read a brief statement from the Princess.
In it she said: “I have been aware that, subject to my renouncing my rights of succession, it might have been possible for me to contract a civil marriage.
“But, mindful of the Church’s teaching that Christian marriage is indissoluble, and conscious of my duty to the Commonwealth, I have resolved to put these considerations before any others.”
She continued: “I have reached this decision entirely alone, and in doing so I have been strengthened by the unfailing support and devotion of Group Captain Townsend.”
It is understood the Queen and Queen Elizabeth the Queen Mother had seen the content of the message before it was broadcast.
The Princess was at Clarence House in the Mall when the statement was issued.
She is expected to spend the rest of the week in London. Tomorrow evening she is due to attend a service at St Paul’s Cathedral to commemorate the 50th anniversary of the death of Dr Barnardo.
The Princess first met Battle of Britain fighter pilot Group Captain Townsend when she was still a teenager and he, twice her age, was married with two children. He later separated from his wife.
Group Captain Townsend was equerry to the King and after George VI’s death in February 1952, Comptroller of the Queen Mother’s household.
A tabloid newspaper reporter covering the Queen’s coronation in June 1953 noticed the Princess flick a piece of fluff off Group Captain Townsend’s jacket. It was enough to start rumours of a relationship.
In fact, the Princess and Group Captain Townsend already had plans to marry but the new Queen had asked them to wait a year.
Under the Royal Marriages Act of 1772, the Princess required her elder sister’s permission to marry before the age of 25. After then, she needed Parliament’s approval.
News of the proposed marriage was leaked in the press. Shortly after Group Captain Townsend was sent to Brussels for two years as air attaché at the British Embassy.
The Princess turned 25 in August 1955 but Parliament had already made clear it would not consent to her marriage.
She was left with only two options: renounce all her rights and privileges and become Mrs Peter Townsend or give up all ideas of the marriage.

Princess Margaret’s decision was welcomed by the Church and Commonwealth leaders.
The Archbishop of Canterbury, Dr Geoffrey Fisher, whom she told of her decision on 27 October, said: “What a wonderful person the Holy Spirit is.”
The Princess married the photographer Antony Armstrong-Jones (who became the Earl of Snowdon) in 1960 and the couple had two children.
But in 1978 she became the first royal to divorce since Henry VIII.
Her name had already been linked to Roddy Llewellyn, 17 years her junior. But the affair ended after a few years and he married a younger woman.
Throughout her life, Margaret was dogged by ill health. She continued to smoke although she had to have part of her lung removed. In later years she had a number of strokes and died in February 2002.
Group Captain Peter Townsend died at the age of 80 in 1995.