Our Desk: The fall of House News 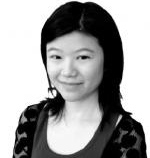 The abrupt shutdown of the House News, a pro-democracy news website and online blog, was shared across various social media plat-
forms yesterday. For the Chinese-speaking community, especially people in Hong Kong and Macau, the House News is a popular (online) media that updates people about current events and happenings in town, even though some of them don’t like reading news.
Everyday news was summarized into an image, serving as an infographic, and uploaded to the House News’ website and Facebook page. The founders’ intention was to follow the successful operational model of the U.S.-based Huffington Post, a liberal news aggregator and blog that was launched in 2005.
House News was founded in 2012 by businessman Tony Tsoi, former adviser to the Central Policy Unit Lau Sai-leung, writer and cultural critic Leung Man-tao and columnist Gregory Sung Hon-sang. Approaching its second anniversary, Tsoi suddenly announced via a letter on the website and Facebook page last Saturday afternoon that House News would close down indefinitely, effective immediately.
Following this, all of the website’s contents were removed, leaving only Tsoi’s letter on the front page.
Tsoi cited that “white terror” was spreading around the territory, which made him “scared”. “As a businessman who frequently travels to and from the mainland, I have to admit that I have felt very scared every time I have crossed the border,” he said in the announcement.
Low revenue was the other reason he listed. According to Tsoi, the website had an average of 300,000 different individual visitors every day over the last month, but it had never made any profit because advertisement revenues were low.
“(…) I once believed that Hong Kong is a normal place. I could be a citizen that cares about [the society] and be a businessman that trusts the market. But obviously, I was wrong.” For Tsoi, being a “normal” citizen and businessman in an “abnormal” society and market is a “fantasy”, as he stated in the letter.
What is shocking for the public, including readers and other media, is not only the fact that a credible popular online media source (It ranked as the 10th most credible media in HK in 2013) was shut down within the blink of an eye, but also the declining freedom of the press.
This reminds me of the former U.S. magazine Newsweek, which became all-digital in 2012 after 80 years in print. “It was never a question of whether, it was a question of when,” said its editor-in-chief Tina Brown, indicating the high costs of print and opportunities to expand through digitalization motivated the change.
So if the fate of traditional media is to go online, why is the trendy online media going offline?
If it were not for the “political” or “financial” pressure that Tsoi referred to – I would like to call it the “exterior fear” and “interior fear” within the industry that is placed upon media practitioners– then self-censorship, e.g. and the inner fear is the hardest to cure,will “give face” to fear so bad things occurring in the unpredictable future.
Theoretically speaking, journalism practitioners are well taught in schools about media ethics and ways to define what is news, but when confronted with those exterior and interior “fears”, it’s never an easy choice.