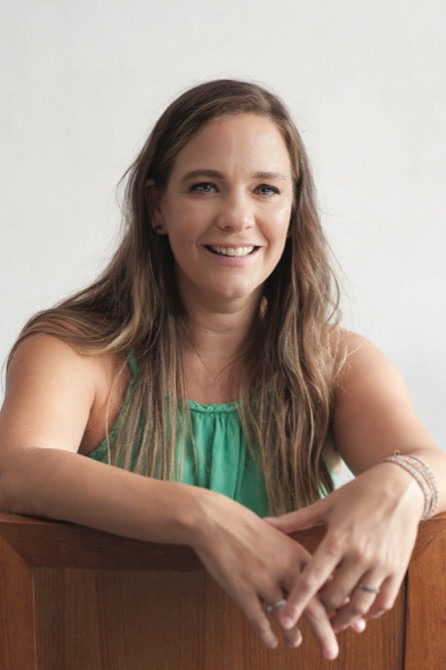 Aiming to portray the sacrifices and spirit of over 330,000 domestic laborers in Hong Kong, the feature film brings attention to the hard work of these women, featuring the reasons behind their migration to Hong Kong to fulfill their dreams for their families back home.

As two-thirds of these domestic laborers are mothers, the feature film also highlights their maternal sacrifices for their children and the challenges they are eager to overcome for their families.

Hong Kong-based filmmaker Joanna Bowers ran a successful Kickstarter crowdfunding campaign, which confirmed that there was a strong appetite for this type of production as the campaign acquired USD89,000 from public donations.

After recent screening in three cinemas in Hong Kong, “The Helper” will be shown in Singapore on Sunday.

Speaking to the Times, Bowers explained that the 106-minute feature film focuses on the aspirations and significant sacrifices of the migrant workers rather than the ‘dark side,’ issues that these domestic helpers may have faced along the way.

“If you are here on a Sunday, you’d see domestic helpers sitting out on sidewalks in Central or anywhere in Causeway Bay and that was something that […] was a really impactful visual that made me question why these people are unable to integrate in the society like the rest of us,” said Bowers, who has been residing in the SAR for seven years.

Questioned whether there were recurring themes in these domestic helpers’ stories, the director suggested that these laborers had a certain goal in mind: to create a better future for their families.

“That was a common [idea] that we found. Some were trying to put their kids to school, buy [family] properties and build a home. Ultimately, the goal of being here was generally the same scene,” the filmmaker added.

Most of “The Helper” revolves around “The Unsung Heroes,” a choir of migrant domestic helpers living and working in Hong Kong, as they rehearse “I Wish I Could Kiss You Goodnight”, a song with a poignant message to the children they have left behind in Indonesia, the Philippines and their other home countries.

Rather than focusing on these domestic helpers’ struggles and hardship of being away from their families, it tackles their own stories of hope and accomplishments while working in Hong Kong.

Aside from sharing the plight of a young Indonesian helper whose employers accused her of theft, the feature film also highlights a number of charities and organizations that are working on the improvement of these migrant workers’ rights and their support networks. 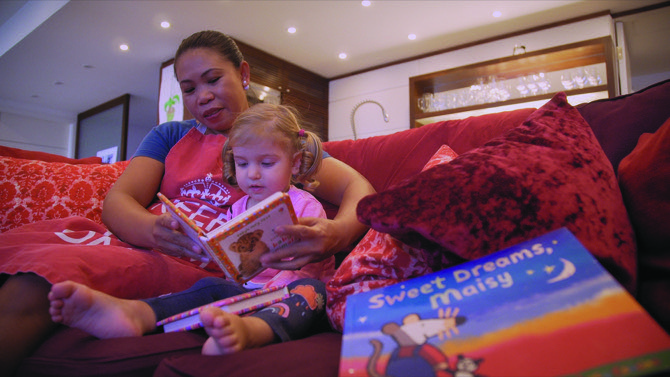 Scene included in the documentary

“We really hope that the film [creates] a shift in perception that is going to humanize domestic helpers in people’s eyes and give insight to what their lives are like,” Bowers expressed.

“I think a lot of people make assumptions about why they made decisions to leave their families and come to Macau and Hong Kong,” she added.

Shying away from the dark stories of these migrant workers, Bowers admitted that the crew came across stories of how some of these domestic workers were put in difficult situations such as being part of illegal practices – including money laundering, and employment agencies’ practices.

“As film crew I think it’s really, really hard to understand. […] They don’t really have a choice in the decisions to migrate for work,” said the feature film director.

One of the challenges the crew faced was gaining the workers’ trust and getting them to share their stories of dreams, hopes and struggles, as they were quite used to being portrayed in a negative light.

Meanwhile, Bowers revealed that they are in talks with Cinematheque Passion on bringing the independent documentary film to Macau. Although there are still no concrete details and updates yet, Bowers hoped that the film would also be available in different countries, including the Philippines.