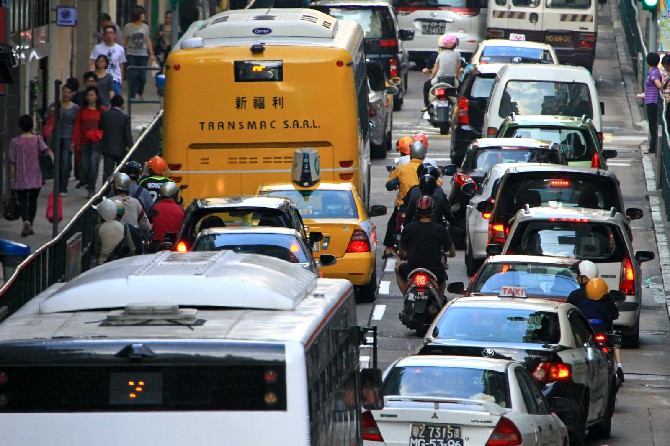 In considering the feasibility of the “4-4 shift” of bus drivers, lawmaker Agnes Lam stressed that the health of drivers should be the most important factor.
The “4-4 shift” is a special shift for bus drivers, so named because it requires drivers to work for approximately four hours in the morning and another four in the afternoon – both periods being peak hours of the day, with several hours of break in between.
The deaths of two drivers on this shift have been recorded so far this year. The link between the deaths and the shift is still unclear. However, Transmac, the concerned bus company, have defended the shift, saying that it has existed for more than two decades.
On the issue, Lam stressed that drivers’ health is a significant element in the debate on the existence and continuation of the shift.
“Because [drivers’ health] not only affects drivers themselves, but also other road users, including pedestrians, accidents that happen on the streets due to health problems of a driver affect all users.”
Because of this, the lawmaker said the issue of investigating the shift itself, the cause of the deaths and the link between the two factors is a public matter.
She acknowledged that quite a number of bus drivers support the shift, as drivers on this shift can earn more income. “But I think the government can ask or assist the bus operators to conduct a study on whether drivers on this shift are having enough rest,” Lam told the Times.
“Is it because, due to the pandemic, drivers have become more concerned [with income]?” Lam asked.
That the shift has become a topic of discussion this year may be the result of a missing factor, according to the lawmaker. However, the nature of this factor “is still not revealed,” she said.
In contrast to Lam, both the bus company and its supervising authority, the Transport Bureau (DSAT), have reiterated that drivers on this shift have enough rest.
In a recent reply to Lam’s written inquiry on the matter, Chiang Ngoc Vai, acting director of the DSAT, defended the lawfulness of the shift under the terms of the Labour Relations Law.
Chiang noted that the two work sessions in the shift are three to four hours apart, leaving enough time for drivers to have a rest.
The lawmaker hinted that she was not surprised by the reply.
Local online media Macau Concealers reported yesterday that drivers complained about the so-called rest period. “[The period is so short] that I don’t know where to go – there is not even enough for me to go home and nap,” a driver anonymously told the media.
The driver also complained that sometimes lunches ordered by the company went bad before they made it back to the terminus due to traffic congestion or other conditions.
The media also reported that drivers were warned by their employers “to speak cautiously.”