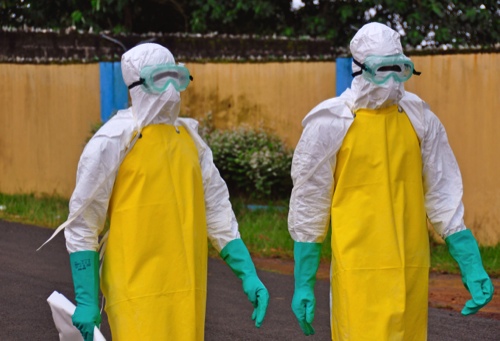 The Kenyan government over the weekend said it will bar passengers traveling from three West African countries hit by the Ebola outbreak, closing a debate in East Africa’s economic powerhouse about whether the national airline was exposing the country to the deadly disease.
The suspension is effective midnight Tuesday for all ports of entry for people traveling from or through Sierra Leone, Guinea and Liberia, said Kenya’s Health Ministry. Nigeria was not included in the ban, which also allows entry to health professionals and Kenyans returning from those countries.
“This step is in line with the recognition of the extraordinary measures urgently required to contain the Ebola outbreak in West Africa,” the Health Ministry said. It cited the World Health Organization’s recent statement that the magnitude of the Ebola outbreak has been underestimated.
Following the government’s announcement Saturday, Kenya Airways said it would suspend flights to Liberia and Sierra Leone. Kenya Airways, a major transport provider in Africa, has wrestled with the decision whether to continue flying to West Africa during the Ebola outbreak. Its suspension of flights is an abrupt reversal of its announcement Friday that it would continue flying.
Several airlines have already suspended flights to Sierra Leone, Guinea and Liberia, including British Airways, Emirates Airlines, Arik Air and ASKY Airlines. Nigeria became the fourth Ebola-affected country late last month after a Liberian-American man sick with the disease flew to Lagos on an ASKY flight and infected several people before he died.
The World Health Organization has denounced the travel bans. The virus has a low transmission risk during air travel, since it is spread via bodily fluid and is not airborne. AP