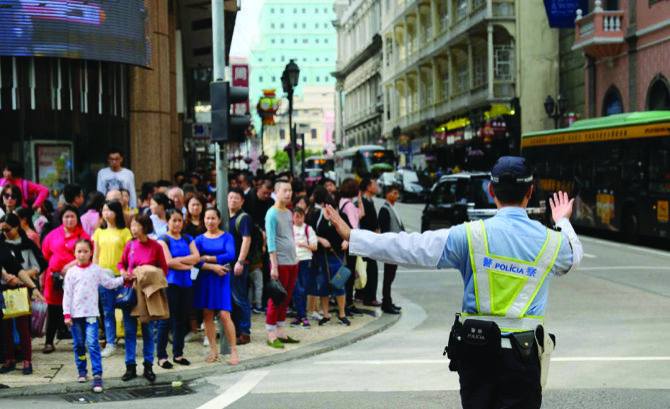 The Macau SAR’s reliance on the tourism pillar of the economy stood at just under 30% in 2017, taking the world number three spot behind just Cancún (49.6%) and Marrakesh (30.2%) respectively, according to a study conducted by the World Tourism and Travel Council (WTTC).

Cities including Orlando, Antalya, Las Vegas, Dubai and Bangkok were also part of the top 10.

The report features 72 major tourism cities and provides estimates of the proportion of their gross domestic product and employment directly generated by the travel and tourism sector.

In the case of Macau, approximately 29.3% of the territory’s GDP can be attributed to the sector. However, this excludes the contribution made by the city’s casino industry, which would elevate the proportion significantly if included.

The Macau SAR was shown to be heavily reliant on consumer demand from China and Hong Kong. According to the WTTC report, the “Macau SAR ranked first in reliance on inbound spending, with about 97% of tourism revenue from ‘international’ spending; the majority coming from mainland China (69%) and Hong Kong (15%).”

It warned that the reliance makes Macau vulnerable to policy swings by Beijing, citing the city’s decline in previous reports in 2014 and 2015 when the central government’s anti-corruption campaign effectively halved monthly gross gaming revenues and ushered in a period of economic contraction.

Of the top 10 cities in term of international visitor spending, five were in the Asia-Pacific region. Dubai, which ranked third globally ($23.6 billion), attracted a more diverse mix of visitors, with its top three source markets being India, Saudi Arabia and the U.K.

The Macao Government Tourism Office forecasted that this year’s tourism numbers would rise between 5% and 6% and could reach up to 38 million tourists. The office also noted that it aims this year to target more tourists from international markets including European countries. 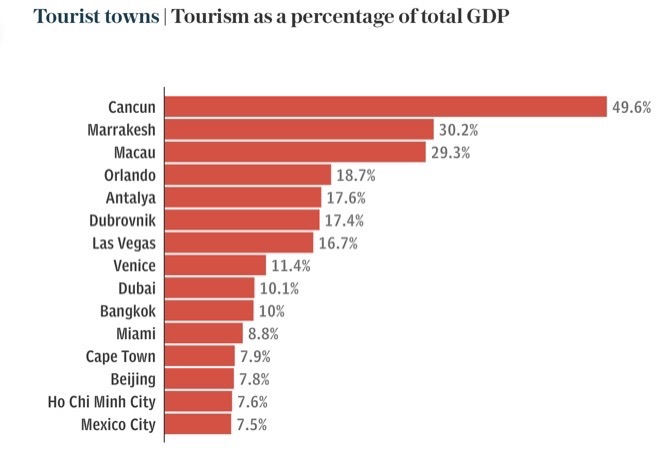 The WTTC report showed that the world’s most visited city in 2017 was Hong Kong, with 27 million international arrivals, followed by Bangkok, Macau and Dubai.

Meanwhile, in terms of city growth performance, Macau was also one of the leading cities, grabbing the second place with recorded growth of 14.2%, which was also due to the rise in international visitor expenditure.

Travel and tourism directly generates more than 10% of total city employment in 13 of the cities included in the study, with Cancún (37.7%) and Macau (27.6%) in the leading positions.

Furthermore, the WTTC report also highlighted “a clear shift from North to South and West to East.”

Nine of the 15 fastest growing cities in terms of direct travel and tourism GDP in 2017 were cities in the Asia-Pacific region, including Macau, Chongqing, Manila, Beijing and Guangzhou.

Official data in the SAR shows that GDP amounted to MOP440.3 billion in 2018, an increase of 4.7% compared to the year before. The rise was largely fueled by a continued recovery in the gaming sector, with revenues reaching 84 percent of the pre-  crash peak by year-end.

The city’s gaming activity lead to a 14% increase in the government’s tax revenue. LV